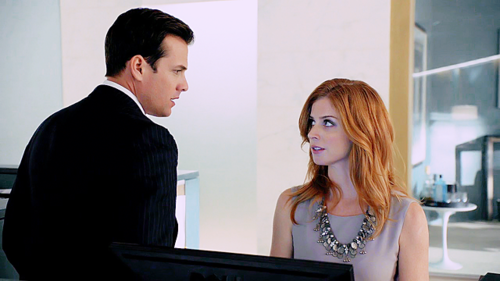 Talk about a crossover.

When Suits returns for its fifth season this June 25, it will be rolling out the red carpet for a VIP guest in the person of NBA legend and Hall of Famer Charles Barkley, who will be playing himself in the hit legal drama.

When interviewed, Barkley admitted to being extraordinarily excited about his guest spot on the show as Harvey Specter’s (Gabriel Macht) client because he is addicted to the series, the Latin Post reported.

“It’s really cool for me, because when they heard me bragging about the show they invited me and I was like, ‘I gotta make it work.’ Right now with playoffs we’re in our busy time and the only day we have off is Friday… My day off, we’re going up there to Toronto,” he told The Hollywood Reporter.

Barkley is currently working as an analyst for “Inside NBA” and he said that while the shoot for the episode came at the a busy time in the sport, he’s glad to spend his day off working with the cast of Suits.

Aside from Barkley’s guesting, Harvey is also expected to deal with Donna’s (Sarah Rafferty) resignation as his assistant, especially as the show was delving into their romantic potential.

At the end of Season 4, Donna made decision to quit Team Harvey to become Louis’s secretary and this will predictably not sit well with Harvey because of his complicated relationship with his assistant borne of love, loyalty and a shared history.

Executive producer Aaron Korsch has earlier hinted that Mike and Rachel will also have to deal with working together now that Mike is back at the firm.

“We explore Rachel’s conundrum regarding where she is in the firm now that Mike is back in the firm. She’s been going to law school, but also part-time [working as] Harvey’s associate. Ever since Mike [came] back, kind of unspoken, Harvey has defaulted to Mike and that comes up in the context of this last episode. Mike and Rachel, together, work through that. In the course of it, they work well together and they grow closer,” he said.

Hillary Clinton reads from ‘Fire and Fury’ during Grammys