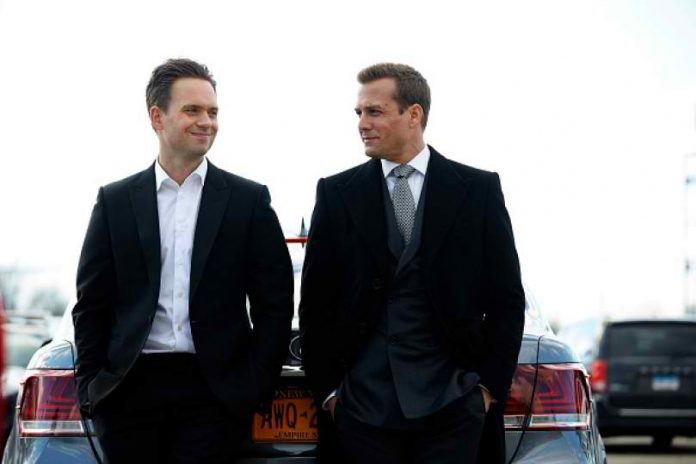 Ever since the midseason finale of “Suits” last year, where Mike Ross was arrested for being a fraud, the hit legal drama series of USA Network has been dealing with the fight of Mike Ross, Harvey Specter, Jessica Pearson, and the entire firm against fierce and relentless prosecutor Anita Gibbs. Now, with the season finale of the current and fifth season coming next week, will Mike Ross be able to get out of this situation taking the least damage possible? Or will someone pay for what was done years ago?

The season finale episode is titled “25<sup>th Hour” and is expected to bring a decisive conclusion to the events that have been driving all the characters to their limits ever since the show returned last month for the final six episodes.

With the tease of Mike striking a deal with Gibbs just to put an end to everything, he will be forced to “play” his final piece on the tableand with someone clearly going to prison, who will it be?

The following is the synopsis for the upcoming season finale episode: “As Mike’s day of reckoning draws near, it threatens to shatter the lives of those closest to him. Faced with the uncertain outcome of his court battle, Mike makes the one play he has left.”

In a previous interview with Yahoo! TV, actress Meghan Markle, who plays the role of Rachel Zane, revealed that the season finale that will be airing to fans was not the original season finale event that they knew. Apparently, show creator and executive producer Aaron Korsch changed the original plan of turnout of events in the finale that led the actors to be shocked and even wonder how a story can be pulled off considering that the series had already been renewed for another new season.

“Suits” will air on Wednesday on USA Network.

'The Walking Dead' season 6 spoilers: devastating death in line with...