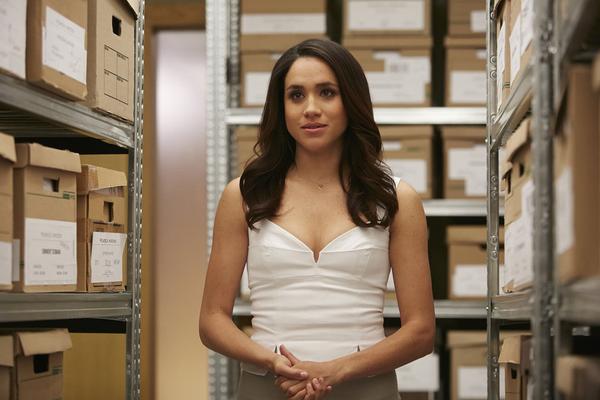 The second half of the fifth and current season of USA Network’s hit legal drama “Suits” brought the show to an entirely new levelMike was finally on the verge of being exposed as a fraud, stakes had never been higher than ever, and more people were getting caught by U.S. Attorney Anita Gibbs who is coming after Mike’s secret with more motive than just putting Mike into prison. The season finale has been set already, but it appears that the way the events will end for this season would not be the events that even the cast had been expecting to unfold.

In her recent interview with Yahoo! TV, actress Meghan Markle, who plays the role of Rachel Zane, revealed that the season finale is already finished, and that the cast already knows what will be the fate of Mike, Harvey, Jessica, Louis, and the entire team. However, it appears that it was not the finale that they have been expecting.

“I know exactly what it is, because I was really upset when I read the script, and I called Aaron,” Markle shared. “He was on a flight from LA, and I left a message for him like, ‘Really? Can you call me?’ And then I saw Gabriel in the hair trailer, and some of the other cast mates, and I said, ‘I told Aaron, ‘It doesn’t make sense. Why is it gonna end like that? I don’t get it. I don’t agree with it.’ And you have to understand, we’re so behind the gun for this finale episode, trying to figure out things as they come.”

Apparently, the season finale that the show creator and the cast talked about changed the last minute, with even the cast left hanging as to what will happen to the fate of their characters following the events of the season five finaleconsidering that a sixth season had been confirmed already.

“And even Aaron [later] said he had originally conceived it the way I had suggested, the way Gabriel and I had also talked about. But it’s hard. Even though we have a really nice dialogue with Aaron, he’s the creator of our show and you don’t want to question the choices he’s making.”