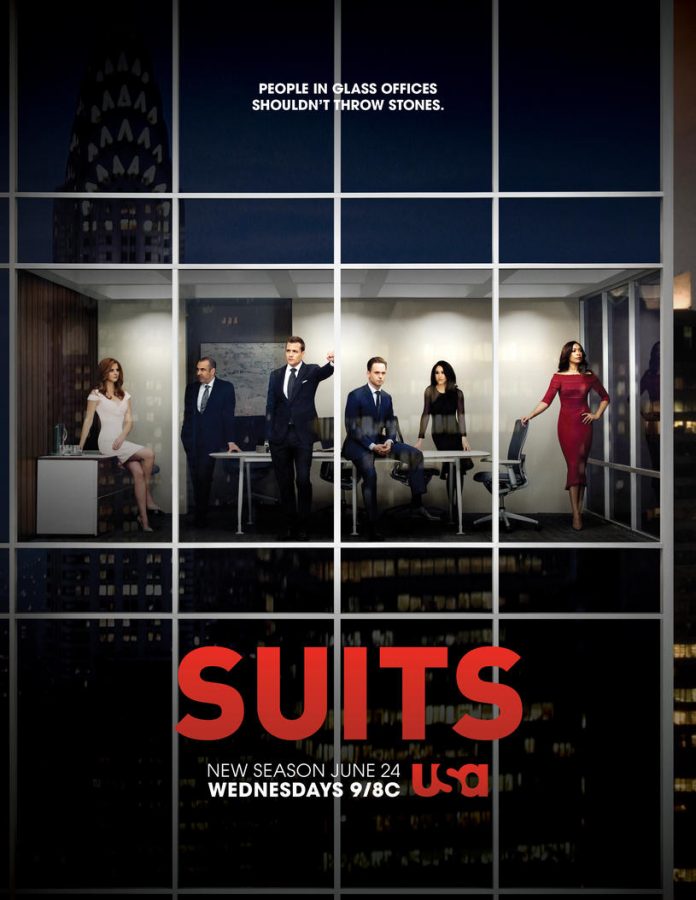 Three episodes left before “Suits” season 5 wraps up, and Atty. Anita Gibbs (guest star Leslie Hope) is pulling out all the stops to bring not just Mike (Patrick J. Adams) but the whole Pearson, Specter, Litt firm down.

Last week, Gibbs targeted Mike’s fiance, Rachel (Meghan Markle), to try to turn her back on Mike and Harvey (Gabriel Macht). Given the current crisis that Rachel and her future husband is facing, she was asked about the possibility of her reaching out to her parents for help.

“We don’t see a lot of Laura Zane (Megan Gallagher). Maybe she’s just upset and emotional… and we don’t need anymore crying on this show. We do see more of Papa Zane (Wendell Pierce),” the actress revealed to Zap2it.

“It would be nave to think she wouldn’t seek council from her parents, but she’s using her own moral compass to makes decisions as an adult, and not using them as a crutch anymore. She’s growing up,” she added. In the first episode, Rachel’s father got into an altercation with Mike when the former barged into the interview room as the latter’s lawyer.

Furthermore, the 34-year-old actress shared that season 5 is the show’s best installment so far. “This season, I was impressed with how much the writers were able to pack so much into each season with a constant plot twist. I think it’s our best season, yet.”

Moving forward, Mike’s trial is starting next episode, and there will be some action inside the court room. In the latest trailer released for “Self Defense,” Gibbs calls in Trevor (Tom Lipinski) to the stands and worse, even Donna (Sarah Rafferty) appeared. Gibbs asked her straightforwardly, “Did Mike Ross go to Harvard Law?”

Official synopsis of the next episode was released by CarterMatt and it reads: “Louis mulls over Anita Gibbs’ offer to turn on his compatriots in exchange for immunity. Meanwhile, Harvey and Mike look to a new, last-ditch strategy to win the case.”

Given Louis’ (Rick Hoffman) history of making wrong decisions when pressured, fans are worried about what the third name partner will tell Gibbs.

To find out, catch “Suits” next Wednesday, 10 P.M. EST on USA Network.