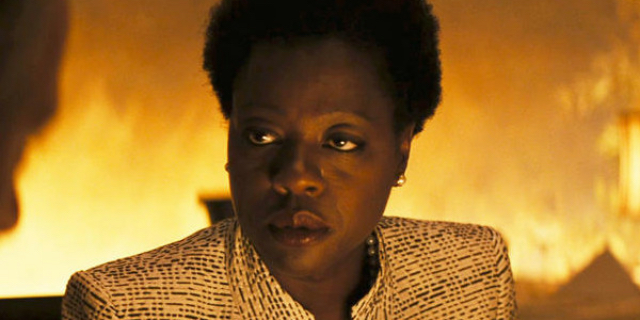 In the recent weeks, talks about “Batman v. Superman: Dawn of Justice” have been going around with its imminent release next month as well as other movies directly connected to it like “Justice League” and “Wonder Woman.” However, before the two other movies come out, DC will be dropping their anti-hero movie later this year in “Suicide Squad.”

Boasting a star-studded cast, the movie will follow the story of a group of the best villains in the DC Universe and pitch them in to do the government’s dangerous and dirty work.

While not part of the actual Suicide Squad, Viola Davis who plays Amanda Waller will be the one to bring the bad guys together and give them orders. In a recent interview with Entertainment Tonight Canada, Davis shared her thoughts on the upcoming movie and was quoted in saying, “I just think this is going to be fabulous!”

“Every night I’d get on the phone and say to my husband, ‘You can’t even believe what we did tonight! Oh my god.’ And Jared Leto, man, a dead pig. His henchman brought a box into the green room and Will Smith opened it. And he was like, ‘Oh, my god,’ and there were bullets with our names on it. And then the henchmen came back with an iPad and opened it and it was him, the Joker… going ‘Ahhhhhhh, I can’t wait to meet you all! I hope you enjoyed my gift,'” she recalled.

For months now, rumors of Leto imbibing The Joker’s persona has been going around the Internet. At one point, fans were worried that he might have over done it but it seems all part of the Leto’s process in making sure to play the character right specially when he follows the footsteps of the likes of Heath Ledger and Jack Nicholson.

In a separate interview with Variety, the “How to Get Away with Murder” lead further shared  Leto’s antics and his special gift for Margot Robbie, who plays his love interest, Harley Quinn.

“Then he sends Margot Robbie a black rat that was still alive in a box. She screamed, and then she kept it,” Davis said.