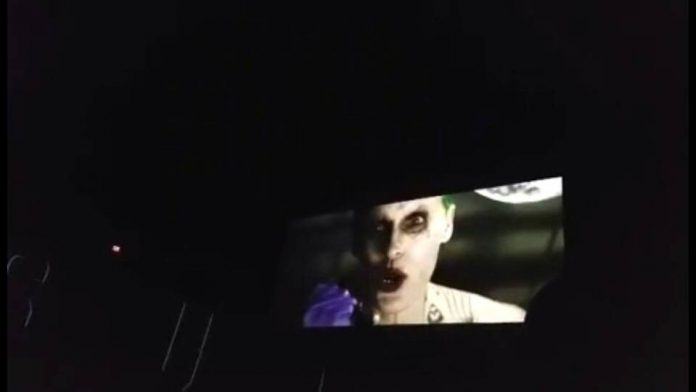 The DC Universe is looking all ready to make its own scene in the land of superhero TV shows and movies, based on what they have shown during the last San Diego Comic-Con.

One of the most notable highlights of the enormous Warner Bros. panel at the SDCCat the massively big Hall Hwas the reveal of the first ever trailer for the upcoming and much anticipated movie Suicide Squad. The movie has been hot with leaks of footage and filming for a few months now, and Jared Leto’s first look as The Joker sparked mixed reactions from fans. But now, a few lucky SDCC goers had the chance to be the first to see the trailer for the film.

The trailer leaked online, too, but was taken down quickly. The trailer first showed Amanda Waller (Viola Davis) talking about a group of bad guys, described as “a task force of the most dangerous people on the planet”. Then Harley Quinn (Margot Robbie) was shown singing “I Started A Joke” while doing splits upside down. Then Deadshot (Will Smith). Most of the trailer showed Harley Quinn among others, being crazy, licking her bat. This is the first live-action adaptation of the character

Katana was also seen, and a panda laying waste with a gun. Then there is Batman and a scene where he is in hot pursuit of The Joker and Harley Quinn. “I hope you have insurance,” Harley Quinn says.

Harley Quinn’s creepy falsetto of “I Started A Joke” went on through the trailer. And as it nears it end, viewers may have been asking themselves: “Where’s The Joker?”

Jared Leto as The Joker appeared near the end of the trailer, where he was shown to be seemingly torturing someone. His appearance resulted in cheers and applauses from the audience.