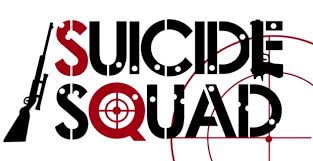 Jim Parrack, after all, seems to be playing the role of Jonny Frost in the 2016 highly anticipated DC antihero film Suicide Squad.

According to Comic Book, the “reveal” appeared to be done by accident. Actress Corina Calderon, who plays a minor role in the filma character only known by the name “Grace”happened to have posted on Instagram a photo of her and Jim Parrack, with a very revealing caption “Jim Parrack playing #JohnnyFrost”.

The Instagram post was then taken down and can no longer be found. Did she just put up something that was not supposed to go online for the timebing?

Back in April, it was first rumored that actor Jim Parrack would be taking on the role of Jonny Frost, who happens to be one of the henchmen of The Joker (played by Jared Leto). The news died out, partly because the topic of both Parrack and the rumored character were never talked about in later official updates, or shown when the first trailer came out.

Suicide Squad will bring together a number of iconic DC villains, put together by Amanda Waller to take out an impossible task, and called collectively as Task Force X, or the “Suicide Squad”. It stars Vila Davis as Amanda Waller, Will Smith as Deadshot, Jared Leto as The Joker, Margot Robbie as Dr. Harleen Quinzel/Harley Quinn, Jai Courtney as Captain Boomerang, Joel Kinnaman as Rick Flag, and Cara Delevingne as Enchantress.