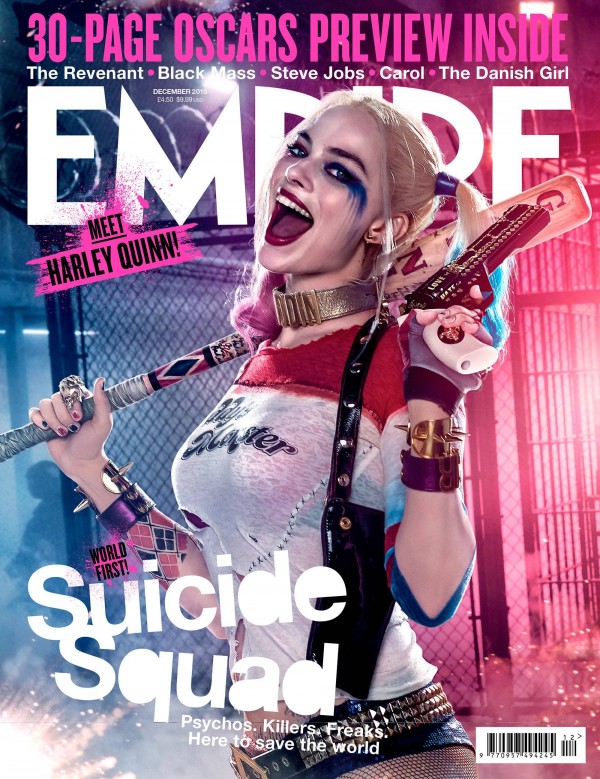 Australian actress Margot Robbie plays Joker’s ex-therapist and loyal lover Harley Quinn in the movie, appears in full fledged costume in one of Empires’s magazine edition this week. The feature article reveals that when Robbie has landed the role, she started researching on Harley Quinn’s full attire while her mother was beside her. Upon finding out what Harley Quinn will likely look like, Robbie’s mom got a bit skeptical on the racy way her daughter will dress on screen.

“When I got the role I started looking up Harley costumes online, with my mum sitting next to me. She was like, ‘My daughter is going to dress like a prostitute!’ There are a lot of angry mothers out there!” the 25-year-old actress exclaims.

It was also revealed in the article that fans may have the chance to see a bit of a back story right before Dr. Harleen Quinzel turned into Harley Quinn. Scenes of her therapy sessions with the Joker, played by Jared Leto can possibly be included in the movie.

Deadshot, another major character in the movie is also featured as the other cover story for the new magazine issue. Played by veteran actor, Will Smith, Deadshot’s character may also be eyeing Harley Quinn and might be the third player in a budding love triangle. “Deadshot’s actually eyeballing [Harley] a little bit. There’s a pretty ragged romantic triangle there.” the former “Prince of Bel-Air” says. The 47-year-old actor also revealed that among all the other films he has done in the past, the kind of training he underwent for “Suicide Squad” is the most rigorous and difficult.

Robbie and Smith previously worked in the movie “Focus” which was released February of this year.

The two actors will be joined by Jared Leto who plays Joker, Cara Delevingne as Enchantress and Jai Courtney as Captain Boomerang in the movie which is set to be released August of next year.

'Married at First Sight' season 3 spoilers: One couple decides to...