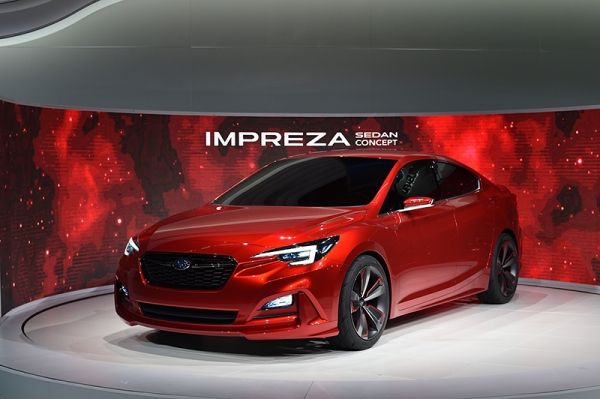 Subaru unveiled its next generation Impreza in the Tokyo Motor Show last month called the Impreza Sedan Concept. Now, it is set to invade the U.S. market as it debuted at the acclaimed Los Angeles Auto Show that opened last Nov. 20 and will last until Nov. 29.

According to Yahoo News, the car will be available in late 2016 and will be marketed as a 2017 model.

“The Subaru Impreza Sedan Concept is a really strong hint at where the brand is going in the future,” Michael McHale Director, Corporate Communications, Subaru of America, said at the company’s press conference at the 2015 Los Angeles Auto Show.

It was also revealed that the company is projecting that the next generation Subaru compact cars, along with the sedan and hatchback models, will chart the way for a new breed of Subaru vehicles.

Moreover, the new model boasts of a unique aerodynamic design that is further made effective by its rear spoiler.

Aside from its stylish exterior, the inside of the vehicle also packs a lot of power as it is expected to run on the re-engineered Impreza/WRX/STI 2.0-liter, 4-cylinder, 148 horsepower engine.

The latest model is expected to boost the trajectory of Subaru’s sales that has increased by 14.3 percent this year compared to 2014.

'This Is Us' episode 7 spoilers: Discord brewing between Jack and...

'The Americans' season 4 spoilers: newest installment will be the show's...