A new study has revealed that many of the bottled water brands sold across the globe contain microplastics, which could pose potential health risks.

The study, which was conducted by the State University of New York and non-profit organization Orb Media, sampled 259 water bottles from 11 brands across 19 locations in 11 countries and found that 93 percent of them showed microplastic contamination. Only 17 of the 259 samples did not contain plastic particles.

According to the World Health Organization, the subject is an emerging area of concern. However, there are not enough studies that focus on the impact of microplastics on human health to determine how big of a risk the presence of microplastics in bottled water is. The organization said it would “review the very scarce available evidence with the objective of identifying evidence gaps and establishing a research agenda to inform a more thorough risk assessment.” 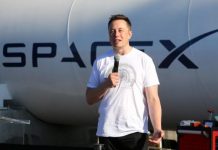