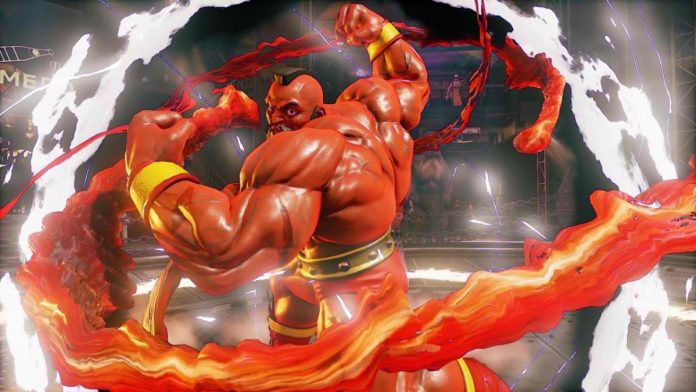 A new Challenger has arrived in Street Fighter V!

This time, it’s more muscles as one of the most classic characters in the game franchise has been added to the growing roster of character in the upcoming Street Fighter V. Capcom reveals the new character, the “Iron Cycle” Zangief.

Zangief, a Russian wrestler with a noteworthy strength and agility, is one of the most prominent characters in the fighting franchise, appearing in most main installments from Street Fighter II to Street Fighter IV.

“When it comes to raw strength, not many in the world can compete with Zangief,” Capcom said, via the PlayStation Blog. “Training day and night, Zangief believes that the only way to victory is to have a body complete with perfect muscles. Due to his intense training, which includes wrestling bears, Zangief can lift the heaviest opponents with ease!”

While Zangief proves to be a danger when faced head on due to his highly damaging melee attacks, he can also fight ranged enemies. He can headbutt a single hit fireball/energy ball off, or flex his muscles hard enough that it becomes armor for a short span of time, and can also be used to damage his opponent.

His V-Skill, “Iron Muscle”, and his V-Trigger, “Cyclone Lariat” is detailed below: