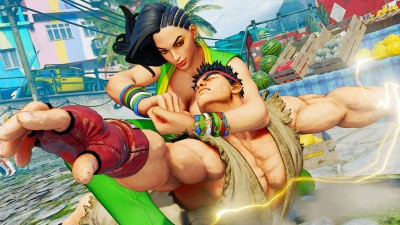 Capcom, the developer of the popular series “Street Fighter V,” has been made aware of “rage quitters” and it is coming up with plans for severe punishments. While the punishment has yet to be decided upon, Capcom has released a statement regarding their plans.

“Yes, we are well aware of the problem of players disconnecting before the match ends to retain their League Points and their win streaks. Thanks to all of the players who have brought this to our attention,” Capcom wrote in their blog.

“We are working on a permanent solution to this problem, though we don’t have an exact date to share with you at the moment.” Capcom further shared. “That said, we are going to take direct action starting next week to punish those players who are abusing the system.”

The punishment has yet to be disclosed; however, Capcom is currently urging players to take screenshots of other players disconnecting and submit them via the PlayStation 4’s share function. Players who have encountered rage quitters without recording it, however, may have problems about their previous matches.

The target for punishments are repeat offenders, as other players have simply experienced Internet connectivity problems during game play. As such, Capcom has given a promise: that repeat offenders will be served severe punishments for their rage quit or sudden disconnection.

The game was released this February and has had problems with online matches, many of which Capcom was quick to address. The rage quit issue is one that has yet to have a solid solution but many players are happy that Capcom has already released a statement and will handle the situation as soon as possible.

“Street Fighter V” is the fifth official release of the series bar other spin-off games that have also been released by Capcom.

Attack on Titan season 2 release date may fall in the...