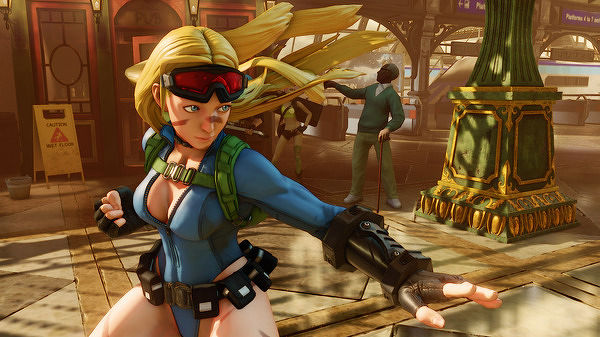 Yoshinori Ono, executive producer for the upcoming and much awaited game “Street Fighter V,” addressed common fan issues about the sexual approach of the game, especially regarding female characters. In an interview, Ono addressed the most recent and popular fan issues about the game and also went to send a message to hardcore fans that the game’s main fighting element would never change.

In a recent interview with GameSpot, “Street Fighter V” game producer Yoshinori Ono talked about the feedbacks they were getting about the game, especially with the fan issues about the sexualization of female characters in the game. In the interview, Ono said that while they intend to please fans by not having anyone offended by how the game would be, they would also be firm in making sure that the identity of the game would not be compromised because of the changes that cameand more others that may be coming in the future.

“You may have seen some time ago, for R. Mika’s Critical Art cut scene, the camera angle was changed a bit, and we made some other changes with how the camera angles worked with the characters,” Ono said. “That was one of our answers to some of this feedback.”

Ono added that the decision to implement the changes in the game’s approach rooted from their intention that everyone enjoyed playing the game and for no one to be offended in anything about it. However, he also said that while they would cater to what fans want, they would not go beyond so as to compromise the identity of the fighting game franchise.

“The message we want to provide for our hardcore fans is that we are cognizant of the series’ identity, and we are going to make sure that the ‘Street Fighter’ identity is in place,” Ono said. “We may be making more adjustments moving forward, but the fighting experience, the battle, is the same.”

“Street Fighter V” will launch for the PlayStation 4 and PC on Feb. 16.