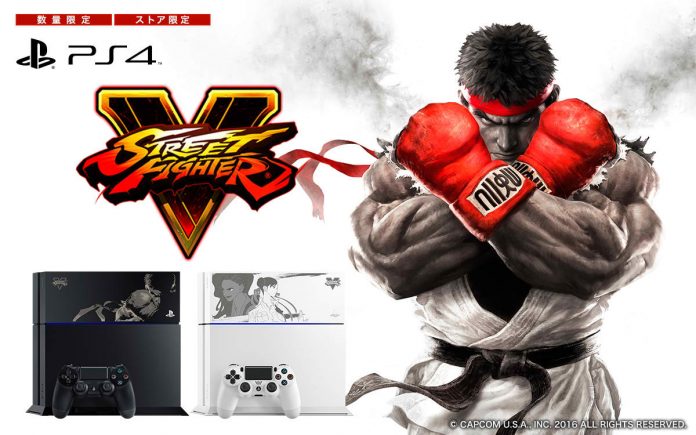 Next is the Ryu Edition, a PS4 console in black featuring an artwork of Ryu with the official game logo printed on the HDD bay.

The Chun-Li & Laura Edition will feature an artwork of classic character Chun-Li with Laura, one of the new characters coming to the game. Similarly, the Ryu and Necalli will be featuring artwork of Ryu and the new fighter Necalli. Both of these editions will be coming with a free exclusive artwork of “One Punch Man” artist Yusuke Murata.

All of the four PlayStation 4 “Street Fighter V” editions will be coming with an Original Sleeve for the console. Each console will be available for 37,480 Yen plus applicable tax.

“Street Fighter V” releases in Japan on Feb. 18. It will be released in the North American and the European regions on Feb. 16. It will be available for the PS4 and PC.