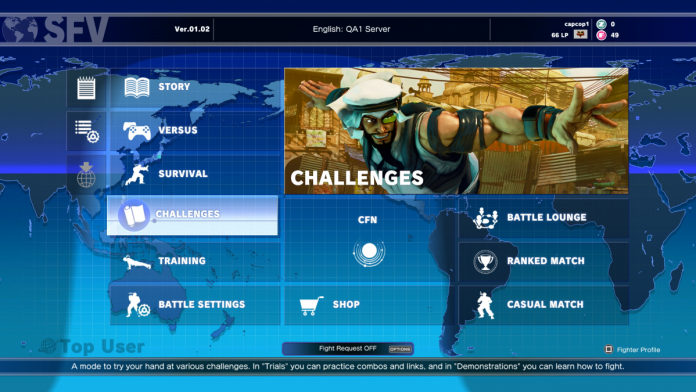 An upcoming update for “Street Fighter V,” which will go live sometime around this month, would be adding the first DLC character in the game, the brawler Alex. Along with the addition of Alex as an unlockable character, the update would also be bringing in a set of new game features as well as fixes on some bugs and issues in gameplay and character mechanics.

As detailed via Capcom through the Capcom Unity post, the upcoming update would bring in Alex as the first DLC character for the game, which will be unlockable via real money, or by grinding on the game and earning Fight Money along the way.

Apparently, the game would get its in-game shop and therefore introduce the microtransactions system with the coming update. The in-game shop is where players can spend their hard earned Fight Money in buying DLC characters, as well as obtaining Story Mode Costumes for each character. Again, all of these can also be unlocked via purchase with real money.

Also coming with the update is the new Challenge Mode. Two categories will be introduced in the updateDemonstrations and Trials.

Demonstrations will have players watch and learn the mechanics for each character in the roster of fighters through helpful demos and demonstrations. Levels of tutorials were also specially made for people with different skill level. The levels of tutorials according to skill are: Beginner, Intermediate, and Advanced. Character specific demos are also available in the Character Tutorials subcategory.

Players who have been rooting for some revenge against their opponent in an online match can now do so, as Online Matches will now have the option to go for a 2/3 Ranked Match, provided that both sides of the party will accept the rematch.

Battle Lounge will now feature up to eight different lobbies, which will also feature match spectating.