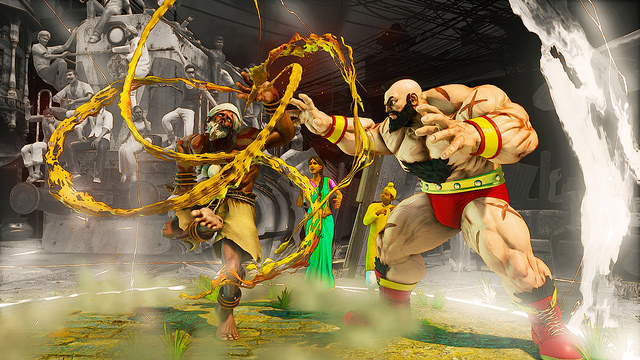 Good news for “Street Fighter V” fans as Capcom announced that the new open beta will be available for PlayStation 4 and PC gamers.

According to Associate Producer Peter “Combofiend” Rosas in his latest Capcom Unity post, the third beta test will be done to improve the stability of the company’s online servers prior to the launch.

“What better way to spend the holidays than by serving up some season’s beatings to your foes online?” he said.

He also announced that Capcom will be embarking on another Capcom Pro Tour which will begin on March 18 and commence in a final round in Atlanta, Georgia. The competition is made even  sweeter by the more intense level of gameplay as well as a baseline prize pool of $500,000.

Meanwhile, a report by Variety indicated that there will also be a “Street Fighter” live action miniseries which will be produced by Capcom in partnership with Machinima.

The series which is titled “Street Fighter: Resurrection” will be tied to “Street Fighter V.” It will be a five-episode series focused on the character of Charlie Nash.

As a continuation of an earlier series also produced by Machinima, “Street Fighter: Assassin’s Fist,” Nash has risen from the dead and will target other “Street Fighter” champions.

Ryu and Ken, to be played by Mike Moh and Christian Howard, will have to find out the reason behind the attacks. Meanwhile, Alan Mousi will play the character of Nash.

“Street Fighter V” has a release date of Feb. 16 on PS4 and PC, while the miniseries will come out in March.

'The Walking Dead' season 6 spoilers: devastating death in line with...