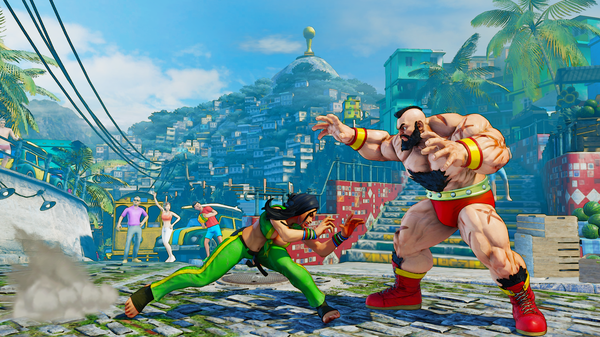 A new fighter once more joins the roster of characters for the upcoming Street Fighter V. This time, the new fighter comes from Brazilthe grappler Laura Matsuda!

As revealed by Capcom, Laura Matsuda is a grappler from Brazil, bringing with her for the first time in the entire Street Fighter franchise history the Matsuda Jiu-Jitsu fighting style.

Capcom describes Laura as follows: “As the next heir of the famed Matsuda Jiu-Jitsu fighting style, Laura is constantly looking for strong opponents around the world to defeat, in an effort to spread the Matsuda Jiu-Jitsu’s name and prestige. Generally a happy and outgoing spirit, Laura finds she is the most content and most focused in the heat of battle.”

Players who enjoy beating down their opponent with a more “up close and personal” style will enjoy Laura’s quick melee fighting. Furthermore, she takes her place as the first melee fighter in the game to have an attack projectile!

Laura’s V-Skill can be activated by pressing either back or forward with the medium punch + medium kick button. She will then either go back or go close to the opponent. If there is no direction given to her, Laura will instead hit the opponent with an overhead kick.

Laura uses her electrifying projectile to its fullest extent with her V-Trigger, Spark Show. While on this state, her Thunder Clap gains increased range, she also gets additional movements using her V-Skill Linear Movement. Also, she deals more stun on her attacks and grabs.