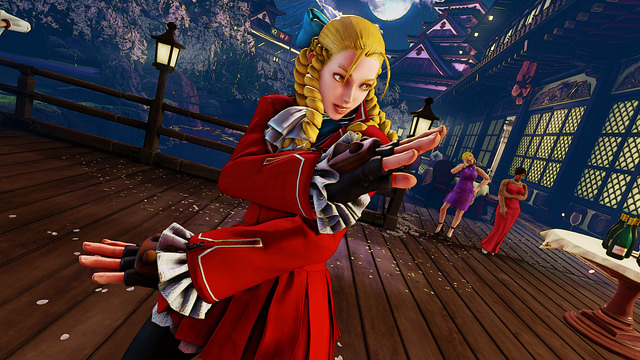 Another fighter has been revealed for the upcoming Street Fighter V, and this time, the fan favorite Karin Kanzuki returns with a new look and improved gameplay!

As detailed by the official PlayStation Blog, Karin Kanzuki is a fighter versed in multiple disciplines of martial arts, and was first introduced in Street Fighter Alpha 3. The character was not included in any franchise title since then, but still topped the popularity poll in Japan, and ranked as the 7<sup>th most popular character in a survey done in 2013.

Her V-Skill is called “Meioken”, where Karin gives her unfortunate opponent a devastating palm strike that will surely send whoever it hits flying backward.

For her V-Trigger, Karin channels her inner Chi to unleash the full power of her Kanzuki style. Called the “Kanzuki-Ryu Guren No Kata”, where he focues her power, and unleashes a barrage of various attacks on the opponent for a guaranteed massive damage dealt.

Karin Kanzuki is described as: “Karin is the young heiress to the Kanzuki Zaibatsu, a global financial conglomerate that possesses vast wealth and resources. Her regal and pampered upbringing is what led to her high-maintenance attitude and razor-sharp wit. But behind her flowing golden locks lies a true martial artist obsessed with upholding her family motto, ‘In all things be victorious!’ Karin is well versed in numerous martial arts, which she and her family combined to create a unique ‘Kanzuki style’ of fighting.”

The Street Fighter V Collector’s Edition will also be available for a price of $99.99. It includes: