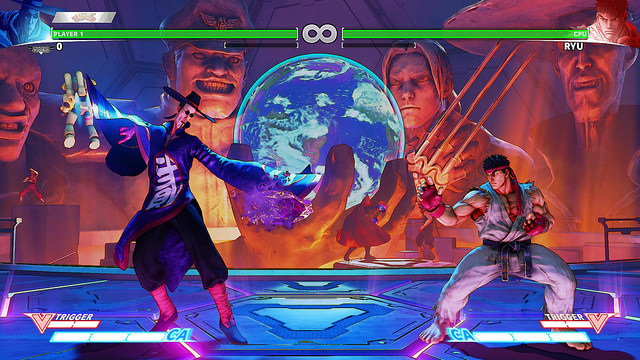 The new and final character for the upcoming “Street Fighter V” has been revealed!

Sony Computer Entertainment and Capcom took to the recently held PlayStation Experience 2015 and unveiled the newest and final character for the initial roster of fighters that will be available for the main game of “Street Fighter V.”

Bringing in some new stuff to the fight, the fighter F.A.N.G. enters! F.A.N.G. is the self-proclaimed second in command of Shadaloo and is actually considered second in rank of power only to M. Bison himself.

As F.A.N.G. enters the battlefield of “Street Fighter V,” he brings with him new in-game mechanics. With his attacks mainly focusing on the use of poison, F.A.N.G. will be introducing to the game the poison damage over time debuff. Once he hits an opponent with his poison attacks, the unlucky rival will continue taking damage as long as the poison wears out, or until he gets hit again.

F.A.N.G.’s V-Skill is called Nishodoku. With this, F.A.N.G. sends out a slow-moving projectile filled with poison. If it hits the opponent, it will deal continuous damage over time as a poison effect.

On the other hand, F.A.N.G.’s V-Trigger involves a tricky and sneaky defense that aims to take advantage of an opponent. Called the Dokunomu, his V-Trigger lets him release a shield around his body made of poison cloud. Not only will it protect him from his opponent’s attacks for a while, but it will also deal slow damage over time on those unwise enough to make contact with it.