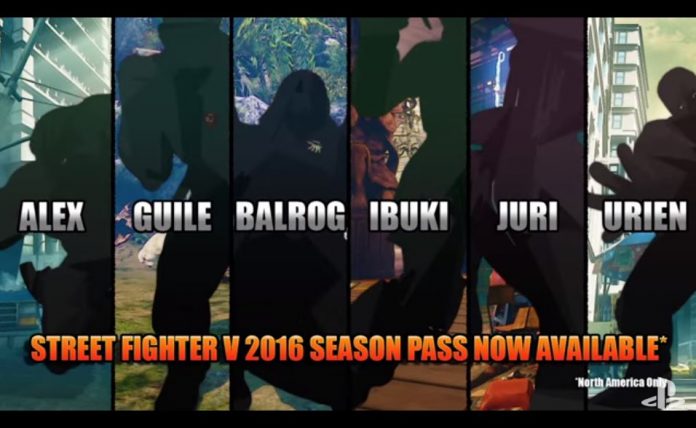 At the recent PlayStation Experience 2015, Capcom revealed the six DLC characters that will be released for the first year of their upcoming game “Street Fighter V.” The game developer and publisher also detailed the in-game currency that will be used to obtain new content as well as detailing the 2016 Season pass.

As previously announced, “Street Fighter V” is set to have six post-launch DLC characters in its first year of release. Now, Capcom revealed who the six DLC characters are. They are Alex, Guile, Ibuki, Balrog, Juri, and Urien. Each character can be obtained for free via earning in-game currency credits through constant playing of the game. However, players who choose to spend real money and obtain all of them automatically upon release can also do so buy pre-ordering the 2016 Season Pass.

As for the currencies, there will be two: Fight Money and Zenny. Fight Money can be earned through gameplay and can be used to unlock new in-game content such as new characters, costumes, and more. Zenny, on the other hand, is obtainable in exchange of real money with 100 Zenny equivalent to $1. Zenny packages, which include purchase bonus are also available.