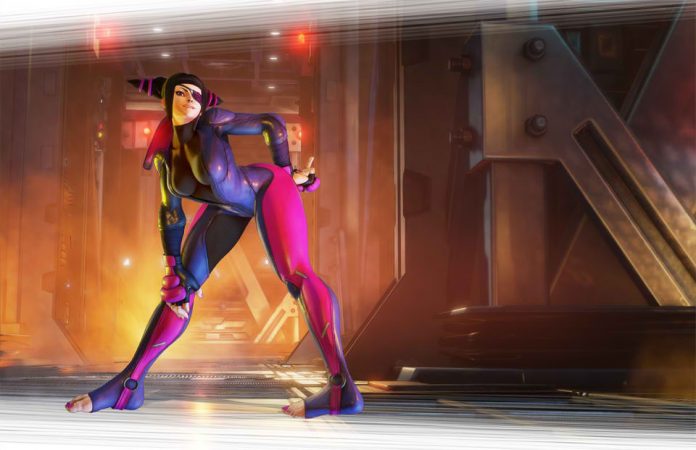 Capcom’s “Street Fighter V” would be getting its newest character as part of the downloadable content (DLC) that will be released as part of the upcoming update for the month of July. The latest addition has been revealed to be Juri, who was included in the recently released free Story mode for the game. This time, the character comes as a playable fighter joining the current roster.

Juri was first introduced in “Street Fighter IV.” She was first shown as a Shadaloo Intimidation Network (S.I.N.) agent from South Korea who was working under Seth back then. Juri is described as a “sadistic fighter who enjoys violence and loves tormenting her prey, with a tendency to get involved in anything she deems as fun or dangerous.” She is driven by her hatred of Shadaloo and M.Bison, who were responsible for the death of her parents. They are the reason why she joined S.I.N. to seek revenge.

All the way from her debut in “Street Fighter IV,” Juri comes to the new game sporting a new look. In the game, she is a trained expert in Taekwondo, and she also has a special ki booster, called the Feng Shui Engine, equipped in her left eye to aid her during battles. In battle, Juri uses flashy, fast, and furious attacks coupled with her array of ki-based specials and fireball techniques.

Juri’s V-Skill is called Kasatsushu. With this, Juri charges up power and momentum for a short period of time, and then rushes at the opponent, kicking them from behind for massive amount of damage.

As for Juri’s V-Trigger, it is called Feng Shui Engine Type Alpha. Using this, Juri can cancel all of her standard attacks and channel them all into another attack. Furthermore, each strength of her Fuharenkyaku attacks will remain in their charged state.

Before the new DLC becomes available for download, the servers of “Street Fighter V” will be undergoing maintenance, which would run from 12 p.m. ET to 8 p.m. ET on July 26. The latest DLC and the new update would then be available to download after the servers go live again.