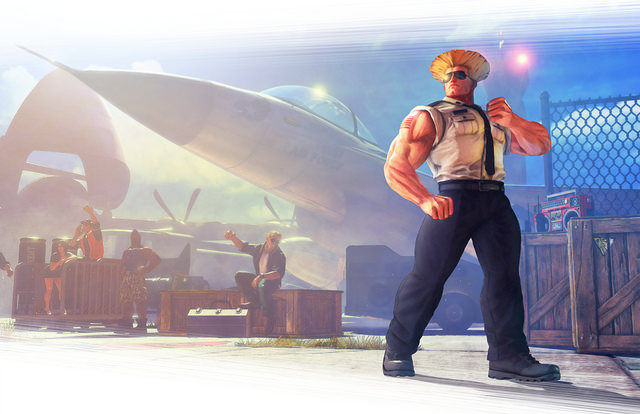 A new challenger has arrived!

Guile, one of the iconic classic characters in the world of fighting game “Street Fighter,” finally made his way to the new game, “Street Fighter V.” Guile is the second DLC character to come to the game thus far, out of the six initially promised additional characters with the first one being Alex.

As part of the April update for the gamewhich also includes other bug fixes as well as new mechanics when it comes to rage quittersGuile will initially be available as a free unlockable DLC character. Players can get Guile for free via grinding the game for Fight Money, the in-game currency. Once the in-game store comescalled the Zenny Shopin future updates, all DLC characters as well as future releases can then be obtained through the shop via micro transactions in exchange for real money.

First introduced in “Street Fighter II,” Guiles makes his return in “Street Fighter V,” sporting a look that is slightly different from his traditional shirt and pants. His move sets, on the other hand, remain the same, while improving on some aspects. His Faultless Move, for one, lets him enter a crouch walk state to lay low while moving toward his opponent.

Using Sonic Blade, Guile can fire an energy projectile to deal damage to his opponent. This attack can electrify opponents but it also serves to power up his other attacks. Using this skill, Guile’s Sonic Boom becomes more durable and more powerful.

In this V-Trigger, Guile launches a barrage of Sonic Booms to his opponent. Each key press corresponds to a Sonic Boom of its own speed and power, which when used properly, can deal massive combo damage to the opponent or overwhelm them and push them to a corner.

This is Guile’s most devastating attack. Using a massive single multiple-hit Sonic Boom, Guile deals great damage to the opponent. Further damage can be dealt when he is on his V-Trigger.

The Guile DLC also comes with the new Air Force Base Stage, available for purchase for a price of 70,000 Fight Money.