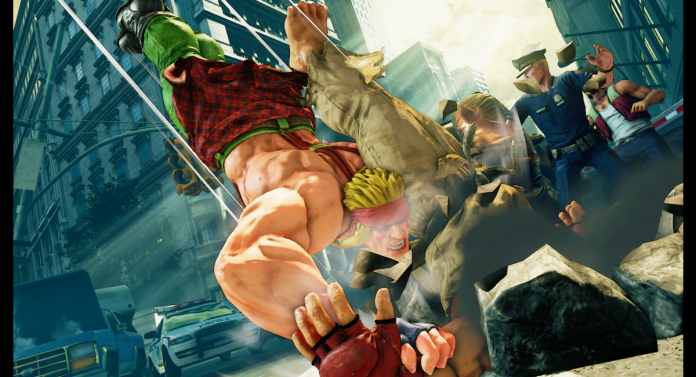 The first DLC character to join the roster of playable character in “Street Fighter V” will be Alex, and Capcom recently shared details about his skills and move sets for the game, as well as other gameplay components that will be coming with the update that will go live sometime around this month.

As Capcom detailed, Alex will be coming to the game following his record as one of the most requested characters to be included in the roster . Alex, in the game, is described as, “A brash grappler whose bold attitude tends to get him in trouble. His parents died while he was still young, so he was raised by his father’s friend, Tom, who taught him everything he knows about fighting.”

Having first appeared in the 1997 game “Street Fighter III,” Alex makes his comeback for the latest installment in the fighting franchise, with Capcom putting efforts into making the character appealing to old school players as well as to those who are new to the world of “Street Fighter.”

Being a grappler, Alex can be a deadly foe when the opponent gets close enough in his close combat range. However, Alex also has a wide range of attacks covering a wide range. Making him a fighter versed in close combat style, as well as formidable in ranged fighting.

Alex’s V-Skill is called “Overhaul,” which will have him take a stance and prepare for a major blow to the opponent. Should the hit connect, it will deal massive damage to the unfortunate opponent, with a massive hard hit bonus for extra damage. If it misses or gets blocked, Alex loses the hard hit bonus.

His V-Trigger is called “Rage Shift.” Here, Alex “channels his wrestling training and gains access to a brand new clothesline attack.” His Critical Art is called “Heavy Hammer,” wherein Alex rains down on the opponent with a thunderous chop, and proceeds to raise the opponent high and then send them crashing back down.

Alex can be unlocked in the in-game shopwhich will be added with the March updatevia purchase with real money, or via Fight Money that can be acquired by playing Character Story Mode.