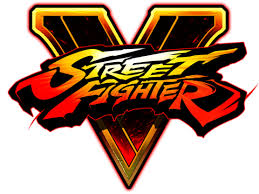 A playable demo of “Street Fighter V,” the latest installation of the franchise, will be available during this year’s Community Effort Orlando in Orlando, Florida on June 26-28.

Based on the trailer released on Twitter, the Fighting Game Championships presented by Cyberpower, was to have regular registration of $40 only until June 1. After that, according to the event’s official website, the fee has increasde to $50 until June 21, while their on-site registration, considered as “Emergency Registration,” will be $60 and only made available between six to nine in the evening of June 25 and 26. Both spectators and competitors will have a chance to play Street Fighter V.

The game’s official description states that it will be exclusive to Playstation 4 and PC platforms, “The latest chapter of the legendary fighting franchise is exclusive on PS4 and PC. Cross-platform play will unite Street Fighter fans into a centralized player base for the first time ever.”

With Capcom teaming up with Sony in creating the game, the website revealed that it will have the most ambitious beta program in the franchise history, as players who pre-ordered the game in North America will be automatically signed on the program.

Street Fighter V is set to be released in March 2016 with confirmed playable characters such as Nash, Ryu, Chun Li and Melvin Bison.