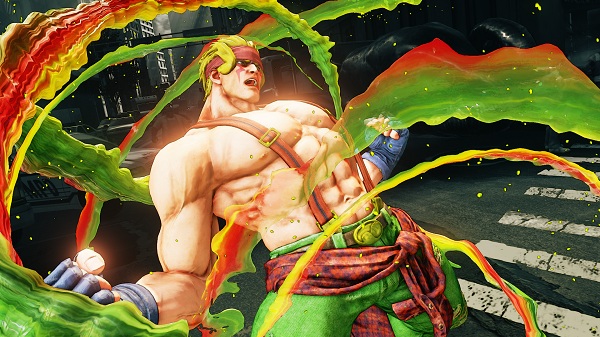 In a blog post published on Thursday, March 10, Capcom introduced the returning Alex along with his moves. The company says that the character, who first appeared in “Street Fighter III,” is one of the most requested characters for “Street Fighter V.”

Capcom touts Alex as a great character to play with for players looking for a methodical grappler who can deal midrange attacks well too. His V-Skill is Overhaul, his V-Trigger is Rage Shift, and his Critical Art is Heavy Hammer.

Alex will be available as part of the game’s upcoming update that is scheduled to release later this month, although no exact date has been provided. Interested players can get the DLC character with Fight Money that can be earned by playing through all Character Story Mode content.

In addition to Alex, the “Street Fighter V” March update will also be bringing with it new modes, content, and a slew of bug fixes. The upcoming patch aims to improve players’ overall gameplay experience. Among the highlights include increased capacity for Battle Lounges that will be able to carry up to eight person lobbies, complete with match spectating. M. Bison, Vega, Rashid, and Chun-Li will be getting balance changes and tweaks to their moves.

Despite the new character and the upcoming update, some members of the “Street Fighter V” community are still unsatisfied with the way Capcom is handling the issue with rage quitters, especially with the lack of a more uniform punishment. However, some top ranked players have already lost thousands of points in an instant as punishment for rage quitting, according to reports. Capcom has also not updated players regarding a permanent fix for rage quitting.