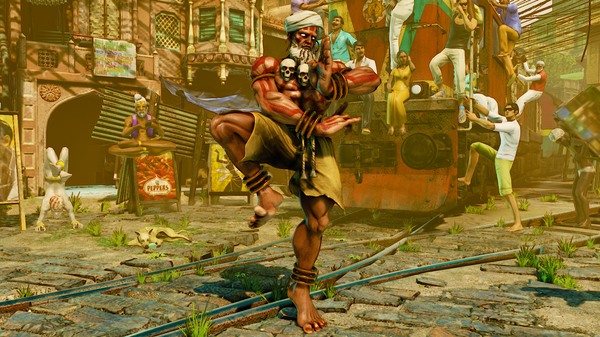 The roster of playable characters for Street Fighter 5 is already being lined up, following last week’s beta testing.

Data miners have discovered three new characters to add to the list of playable characters for the game. Game Spot revealed that the first one is Dhalism, while the other two were labeled as “FAN” and “TUT.” Both secret characters may play as Street Fighter’s bosses, but Capcom may also include a playable character version for them.

On the other hand, previously revealed characters include Birdie, Cammy, Chun-Li, Karin, Ken, Laura, Nash, Necalli, M Bison, Rashid, R. Mika, Ryu, Vega, and Zangief. Adding it all up, the count sums up to 17 instead of the initially confirmed 16, said the same report.

In addition to the identified roster, three more characters were discovered by the data miners, hanging at the background. These include Juri, Ibuki, and Alex and may be released in the future as playable characters.

Meanwhile, during the recently held Paris Games Week from October 28 to November 1, Capcom also revealed their plans about the DLC characters that will be coming to Street Fighter 5 after the game is launched. This includes six additional playable characters slated to be released by the end of next year. Along with the announcement, Capcom also teased with a poster cladding silhouettes of six characters.

Events Hub tried guessing the six characters, with the majority guessing the first as Balrog, the second as Guile, and Ibuki for the fourth character.

Street Fighter 5 is expected to come on February 16 next year for Play Station 4 and PC platforms. The beta testing for PC is not yet done, but Capcom said that they wanted to first assess the new Play Station 4 functionality in order to address concerns that can rise from the testing, notes Realty Today.