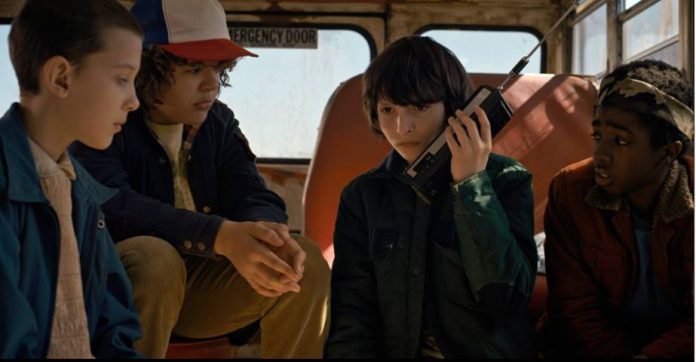 “Stranger Things” became the breakout hit this summer, and it’s no wonder that the show will be returning for a second season as the finale left some questions that fans need to be resolved. In the season finale, Eleven (Millie Bobby Brown) disappeared after killing the Demogorgon using her powers, while Will (Noah Schnapp) was retrieved from the Upside-Down, but in the final moments of the episode, Will is seen coughing up a slug, which suggests that being in the other realm may have had adverse effects on him even though he’s back in the real world.

Ahead of the second season of the Netflix original series, Brown and David Harbour (Jim Hopper) previewed the new installment at last weekend’s New York Comic Con, with Harbor telling the crowd that viewers should expect more twists and turns in season 2.

“We did get the first couple scripts and it’s insane,” said the actor to the fans gathered at Javits Center on Friday, Oct. 7. Harbour also said that viewers should be on the lookout for more of the love triangle involving Jonathan (Charlie Heaton), Nancy (Natalie Dyer) and Steve (Joe Kerry).

“Even when I was watching I felt torn,” said Harbour. “They both were so three-dimensional…There will be more of that for seasons to come.”

The new season will also address fans’ backlash over Barb’s (Shannon Purser) death. Barb was Nancy’s best friend who died shortly after entering the Upside-Down, and the fan favorite was mourned by fans, but not by the show’s characters. Viewers thought that the lack of mourning was not in keeping with the show’s tone, and Harbour said that Barb-gate will be dealt with in season 2.

“We will tell you that we do deal with the loose ends in season 2, and we do deal with some of the internet rage over Barb’s death,” said Harbour (via Polygon), adding that there will be justice for the character’s death.

“Stranger Things” season 2 is expected to premiere in 2017 on Netflix.

'Marvel's Agent Carter' season 2 news: 'Peggy Carter is Back' on...