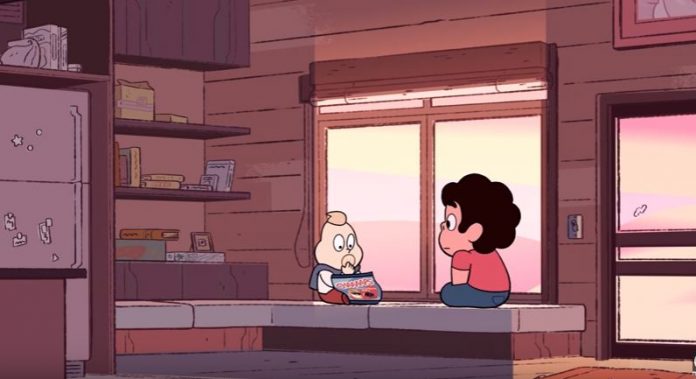 Fans of “Steven Universe” might have to get ready for a Steven-less week as a leaked episode listing appears to confirm that the Cartoon Network show will go on hiatus next week.

According to the Steven Universe Wikia, episode 8 titled “Gem Harvest” will air on Sept. 29. Episode 7 titled “Onion Gang” is set to air on Thursday, Sept. 15. This likely means that next week, Cartoon Network will air a rerun of “Steven Universe.”

It was previously reported that “Gem Harvest” was supposed to be the sixth episode of season 4. Episode 7 was originally “Tiger Philanthropist,” while episode 8 was “Last One Out of Beach City.” But it appears that the network reshuffled the episodes as the latter aired on Sept. 8. It was speculated that this was done in order to prevent leaks from circulating online.

Cartoon Network has yet to confirm if there won’t be a new “Steven Universe” episode next week. For the meantime, fans can enjoy this week’s offering as Steven and his silent friend, Onion, spend some time together, and Steven learns about Onion’s secret friends.

It appears that the Crystal Gems won’t be part of this episode as leaked images from “Onion Gang” appeared on YouTube. One photo shows Steven and Onion running past the crab shack, while another photo reveals Onion’s friends. The picture shows that there are three members in Onion’s gang a young boy of African American descent wearing blue overalls and a beige cap, an even younger boy wearing a striped pink shirt who is toting a baby doll, and a child who wears a steel pot on his head while gripping a slingshot in one hand. It looks like Steven, Onion, and his friends are in the woods in some of the pictures, and in one shot, Steven can be seen trying to smash a bug on a tree stump while everyone looks on.