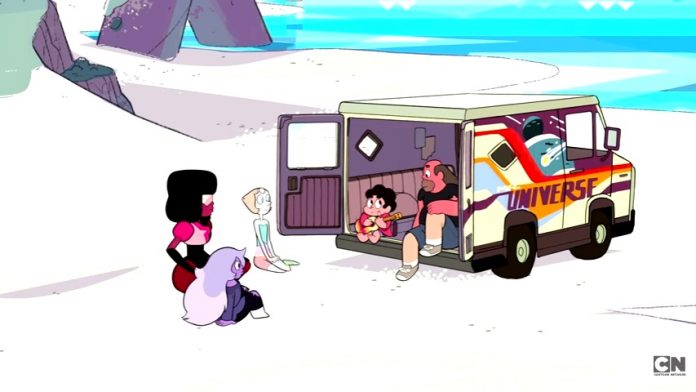 “Steven Universe” fans have been dumbfounded by the fact that the animated series came to an unusual halt after the “Onion Gang” episode. With that being said, most of its avid viewers are now speculating the worst that the show could have been canned by either the network or its showrunners. However, there are still some who are quite positive and believe that the show could be gearing up for something big that could be worth waiting for.

Aside from these earlier mentioned fan theories, there are still quite a number of talks that have been going around as of late about the show’s unannounced lull. Reports state that season 4 of “Steven Universe” is likely to resume next month as word on the street suggests that Cartoon Network, together with the famed animated series, will be airing special featurettes that tackle the network’s advocacy against bullying which has been a growing concern most especially in schools.

Meanwhile, its showrunner, Rebecca Sugar has made it known that she will be at New York Comic Con (NYCC) happening later this week which delighted fans. Many hope that Sugar will shed some light as to what’s the score behind the show’s sudden intermission.

In addition, Sugar is believed to be writing the story plots for “Steven Universe’s” series of anti-bullying featurettes that is rumored to air all throughout this month, not to mention that other shows of Cartoon Network are said to be participating in the network’s advocacy as well. Its stories will be spearheaded by the “Steven Universe” creator.

Having said that, no one can really tell as to when season 4 of the animated series will return. Fans, on the other hand, are betting on and at the same time keeping their fingers crossed that the show might resume sometime in November.