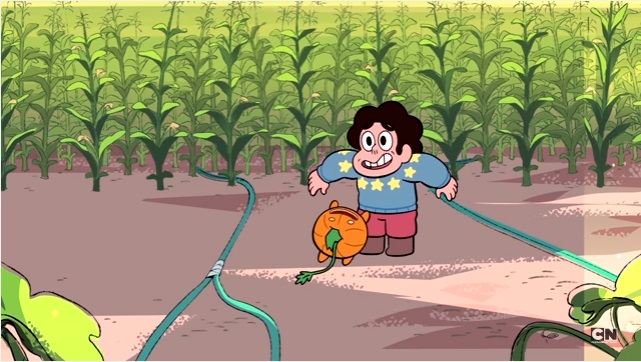 Viewers will be delighted to find out that Cartoon Network’s hit animated series “Steven Universe” is expected to air more episodes for season 4 this coming November.

Reports claim that fans will finally find out if the fusion between Steven and Peridot actually takes place. Apparently, many were disappointed when the network suddenly stopped releasing episodes in September but some believe that they are only preparing for a strong comeback similar to the previous season’s airing schedule.

There are also speculations that aside from the possible Steven-Peridot merging, more fusions will be featured in the next installments. These include another one for Peridot and Lapis Lazuli in order to overcome a reportedly huge threat. The villain is deemed to be Blue Diamond. The Gems will have to do the best they can to save the world and the fusion may be the only thing that will work against the antagonist. The story is predicted to happen in the episode dubbed “Gem Harvest.”

In addition, “Three Gems and a Baby” is said to showcase Mr. Greg’s past and the episode may even feature a baby version of the titular protagonist. There may also be younger versions of Pearl, Amethyst and Garnet in the rumored flashback. A recently released track titled “I Could Never Be Ready” from series creator Rebecca Sugar is rumored to be the song used for the episode.

Reddit users also suggest that Yellow Diamond will visit Steven’s house in the hope that she will get ahold of the Crystal Gems. However, she will be unsuccessful in her evil plans.

On a related note, voice actor Ashly Burch will reportedly return to do some voiceovers, with some predicting that she will give life to a new character that is possibly the result of one of the fusions. She recently took to Twitter to announce the good news, stating, “Hey y’all, so uh I’m gonna be in Steven Universe.”

Orphan Black Season 4: plot for next season to concentrate on...