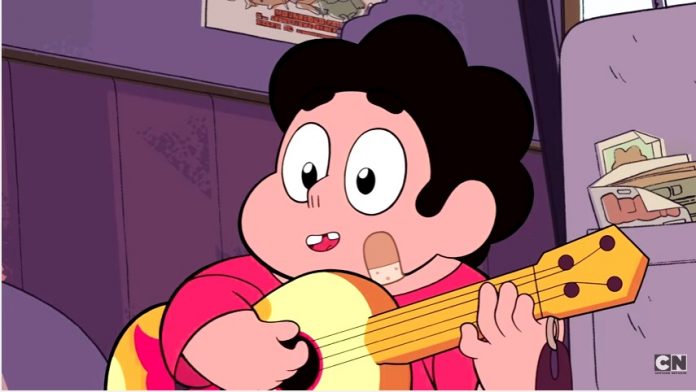 The third season of the highly popular animated series from Cartoon Network, “Steven Universe,” is almost done with only a few more episodes to go. As the season nears its end, the once thought to be carefree kid’s TV show is getting as complicated and sometimes heartbreaking as the story progresses.

Fans, most of which are kids, can still recall the episode “Bismuth” where Steven found the former inside his majestic Lion’s fully grown mane. Upon Bismuth’s release, she was greeted by the other Gems namely Garnet, Pearl and Amethyst. She was so welcome that they even had a pizza party inside their house and even let her sleep with them.

Moreover, Steven got the chance to talk to Bismuth about his mother and how she was as a leader. However, their conversation made a sharp turn as Bismuth talked about the Gem War and she was determined to bring it back by showing a weapon that could easily destroy Gem warriors.

Steven was of course in opposition of her outlook, which in turn made her mad and was now aimed at destroying Steven. Fans know for a fact that Steven’s equipment were mostly designed for defense as compared to Bismuth’s weapons that are highly specialized for combat and are expected to perform at optimum level. Steven just kept on dodging her attacks until it came to a point where he was left with no other choice but to pull out her mother’s sword that quickly ended Bismuth’s rampage.

Aside from the “Bismuth” episode, which fans consider as one of the show’s most depressing episodes, the “Beta” episode already came out where Peridot took Amethyst and Steven to Jasper’s old beat-up school which is situated in the desert. Following “Beta” was the “Earthlings” episode where they battled it out against Jasper and her beast while Steven and Amethyst fused themselves into the so-called Smoky Quartz.

Meanwhile, the “Back to the Moon” and “Bubbled” episodes are slated to be released this Aug. 9 and 10, respectively.

'The Last of Us 2' release date update: Brainstorming started in...