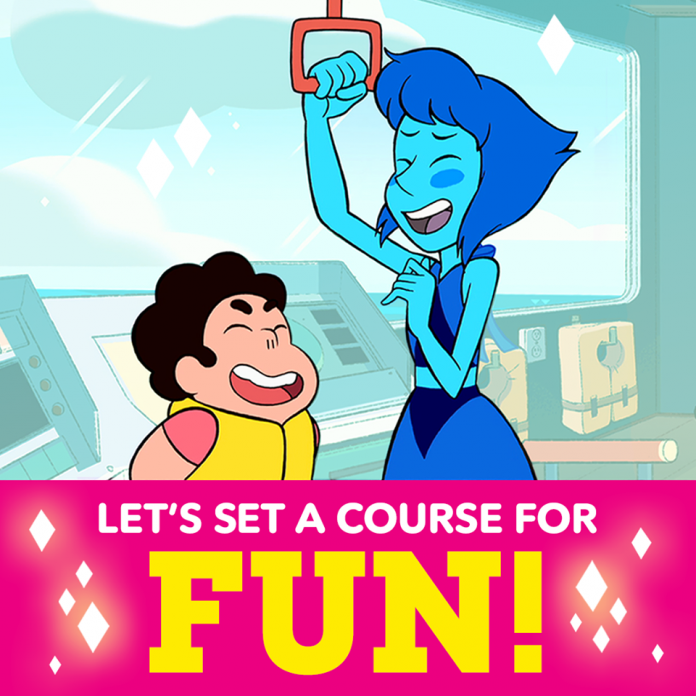 Cartoon Network’s hit animated series “Steven Universe” is down to its last four installments before season 3 officially wraps up.

According to an unofficial listing of episodes, the remaining ones include episode 21 titled “Beta Part 1,” in which Amethyst acts strangely when she and Steven visit friends in the country; episode 22 titled “Earthlings,” whose synopsis remains under wraps; episode 23 titled “Back to the Moon,” featuring Steven and his Gem friends’ return to the Moon Base; and the finale titled “Bubbled” that has the protagonist being stuck in a bubble.

It is noted that since the title of penultimate episode gives a nod to the popular science-fiction film “Back to the Future,” it would be interesting to find out what takes place in the follow-up adventures of the Crystal Gems following their previous visit in “It Could’ve Been Great.”

Although it remains to be seen what particularly happens in each episode, it is predicted that the alleged final week of airing for the season will be important to the narrative and may even have a shocking revelation.

Meanwhile, another episodic catalog shared by TV Guide suggests that there are more storylines the fans can watch out for.

Apparently, there are four additional installments to hit the small screen such as episode 25 titled “The Kindergarten Kid,” where a monster problem surfaces; episode 26 titled “Know Your Fusion,” where Steven examines some presumed reactions; episode 27 titled “Buddy’s Book,” in which Steven visits the library with Connie and uncovers a long lost book; and episode 28 titled “Mindful Education,” by which the same two characters learn to focus better.

Since the network has not released any previews yet, available information should be taken with a grain of salt.

“Steven Universe” season 3 is expected to end either on Aug. 10 or Aug. 25, depending on which of the two listings come to fruition.