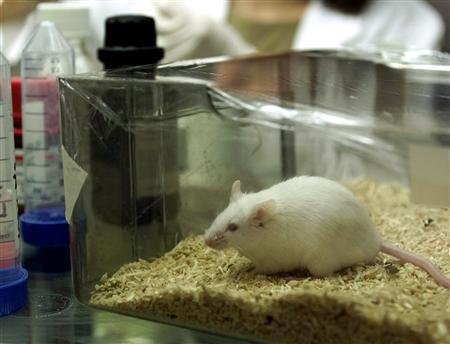 Sperm development has always been difficult to achieve in a lab setting outside of a living system. But this wasn’t the case for a team of Chinese researchers used mouse stem cells to grow sperm-like cells that were able to fertilize egg cells and produce healthy living mouse pups.

Researchers at the Chinese Academy of Sciences in Beijing and Nanjing Medical University in China were able to develop a “cocktail of sex hormones and growth factors,” as Science Mag puts it, that is perfect for the development of fully functional haploid spermatid-like cells from embryonic stem cells. The cocktails induce conditions favorable for the stem cells to undergo all important steps of meioisis, which is key to the development of functional gametes. However, the sperm-like cells do not have flagella, which is important for its motility. To check for its viability for fertilization, the researchers injected the sperm-like cells directly into egg cells and implanted them into a surrogate mother, which later on produced fertile offspring.

Reactions from different stem cell researchers have been mixed. Some were clearly impressed with this new achievement as the clinical implications could be very significant. This method could be used to develop treatments for infertility in males.

George Daley of Harvard Medical School said, as quoted by Science Mag, “If it works in the mouse, there’s no biological reason to think it wouldn’t be effective in humans.”

Others were relatively doubtful. Mitinori Saitou of Kyoto University, who is a pioneer in stem cell research, said that everyone has “to be very cautious about the implications of this paper,” as there were some specific details of the study, which was published in Cell Stem Cell, that he considers to be suspicious.

However, the Chinese research team led by Xiao-Yang Zhao is now focusing on determining the offspiring are genetically normal and optimizing the cell culture conditions, aiming to repeat this feat using human cells in the future.