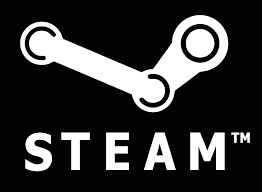 The Steam Summer Sale for this year may start in the month of June, according a leaked report on a Russian website.

According to the Russian IGN website, a date has been leaked, which suggests that the Summer Sale for this year may start on June 11 and end by June 22.

A translation provided by the website, GameZone, of the the leaked date on the Russian website, reads as follows:

“Steam Sale starts June 11 at 20:00 Moscow time. June 20 to begin “Sale Encore,” which will involve all the companies that participated in the summer sales. The very sale ends June 22 at 20:00 Moscow time. About events and other details so far unknown. Also we advise to read our guidance on sales, not to spend all the money in one day. # @ steam sale”

Also, according to the website, the leak appears to have come from an insider and the date cannot entirely be relied upon.

He Russian site also suggests that there may be an ‘Encore’ sale on the last two days of the Summer Sale.

According to Christian Today, the Steam Summer Sale may be followed by a 10-day sale’s best discounts, which will allow members who may have missed to purchase the first time to have a second buy.

Although no titles have been revelaed officially as of now, according to the website, the Summer Sale for this year may include the following titles:
Far Cry 4
Final Fantasy VIII
Distant Worlds: Universe
Legend of Heroes: Trails in the Sky
Fallout 3: GOTY edition

The Steam Summer Sale for last year, began on June 19. And since, nothing has been officially confirmed yet, there are chances that the sale might as well be on June 19.