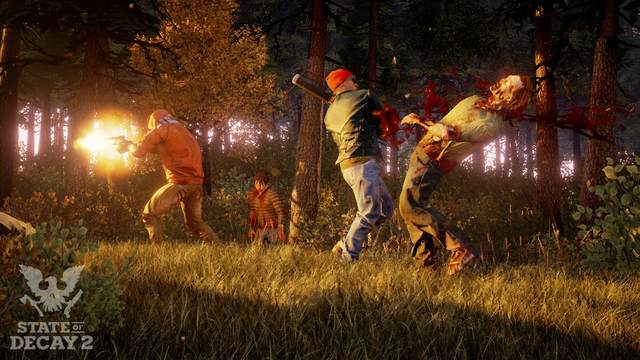 Game publisher Microsoft and game developer Undead Labs recently announced the arrival of the much awaited and highly anticipated sequel to the hit zombie apocalypse shooter game “State of Decay,” which is simply called “State of Decay 2.” The game retains the elements of gameplay that had been a hit for fans, but changes other things as per what was requested by the fans themselves.

In a recent interview with IGN, Undead Labs founder Jeff Strain revealed that unlike what some might think, the upcoming “State of Decay 2” would not be a massively multiplayer online role-playing game (MMORPG); instead, it will be an offline, local multiplayer co-op game.

“State of Decay 2” can support up to four players working together as separate characters in the game and fighting off hordes of zombies. As mentioned, players won’t need to have an online connection when playing the game.

Also, Strain revealed “State of Decay 2” was originally designed as a MMORPG but the fans had wanted a local multiplayer game, and as a developer who listens to players’ feedback, that’s what they sought to give them.

“The #1 request our fans had from ‘State of Decay’ was, ‘Give me co-op multiplayer,'” Strain said. “[So we said,] ‘Let’s give our fans exactly what they want.’ So we took a couple of steps back and changed direction and that’s what ‘State of Decay 2’ is.”

Strain also took the chance to elaborate more on how this new multiplayer co-op system would work, which he describes to be the most convenient type of multiplayer gaming.

“This is not a session-based experience. It’s drop-in/drop-out,” he explained. “They key thing that I want everybody to know is, it doesn’t require you to be online. We’ve designed it very much with the intention of it being the easiest, most convenient type of multiplayer you can imagine.”