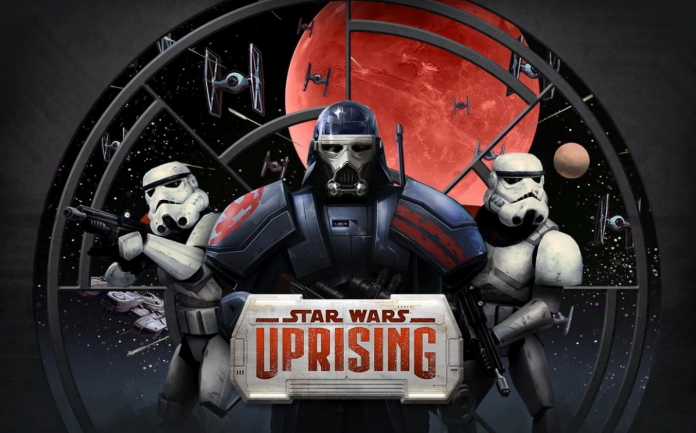 Star Wars fans who just can’t wait long enough for the Star Wars fever to officially startwith the release of the Star Wars Battlefront game, and finally the release of the much anticipated new film Star Wars: Episode VII The Force Awakenscan now satisfy themselves with an early Star Wars fix with the new game coming from Kabam in partnership with Disney Interactive and Lucasfilm, Star Wars: Uprising. The game is free to download for Android and iOS running devices, supported by in-app purchases.

The storyline of Star Wars: Uprising takes on the gap between the events at the end of Episode VI: Return of The Jedi, and before the events of Episode VII: The Force Awakens.

Here is the official game description, from the game’s Google Play Store page:

The game requires better hardware, particularly more RAM and better GPU for a smooth gaming experience. The game is only supported for Android devices running on Android Ice Cream Sandwich 4.0 and later, and is 531 MB big.

Released only on September 9, the game already shows a download count of more than 50,000 downloads for Android devices alone.