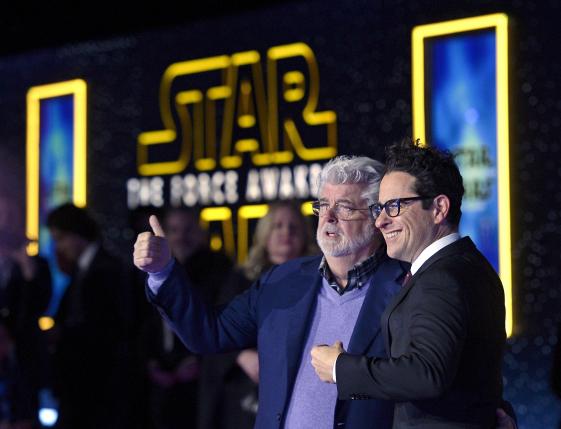 At long last, the Force has definitely awaken as “Star Wars: Episode VII The Force Awakens” had already arrived. After months and months of anticipation, the seventh installment of the epic space saga created by George Lucas has held its world premiere in Los Angeles, and it was everything people have hoped for, if not, even more.

Starting from the red carpet, no expense was spared by Disney as Stormtroopers walked in full army mode, Chewbacca roamed around freely, greeting people all over, droids BB8, C3PO, and R2D2 also joined in the fun as they moved along the receiving area. It was indeed a sight to behold.

However, nothing struck the hearts of “Star Wars” fans more than seeing Han Solo (Harrison Ford), Carrie Fisher (General Leia), and Luke Skywalker (Mark Hamill) walking through the big “Star Wars” arc. It has been 10 years since the last trilogy in the saga was released, but for Solo and the Skywalker twins, it has been 30 years since the original trio visited the “galaxy far far away.”

Furthermore, new characters including Rey (Daisy Ridley), Finn (Jonh Boyega), Poe (Oscar Isaac), and Kylo Ren (Adam Driver) also confidently strutted down the red carpet in anticipation for people to finally see that movie that they have tried very hard to keep mum about. Basing from initial reactions on various social media platforms of the chosen few who were invited for the first screening, the movie hit all the spots with a mixture of twists and turns that have always been true to the “Star Wars” DNA.

Seems like the $100 million sales in pre-sold tickets are worth it after all as the new movie is looking for a really good showing both in the blockbuster and critics side of things. By now, spoilers are what people would be the least likely thing they would want to accidentally stumble upon. Fans have endured it down to the last day of waiting and all these feedbacks only hype up their desire to actually see the movie.