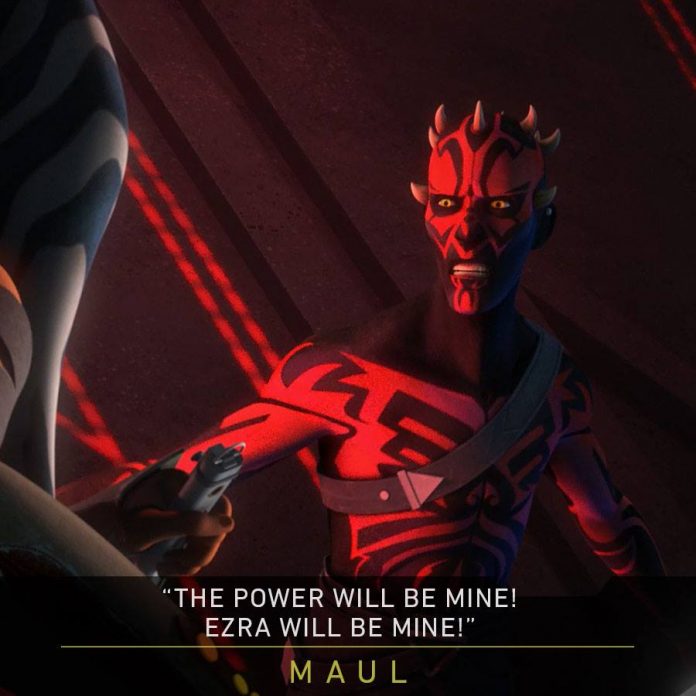 As “Star Wars Rebels” returns for its third season, there are rumors saying that Maul may finally meet his end and die for real this time.

Viewers might remember that Maul used to be a Sith Lord until Obi-Wan Kenobi cut him in half and sent him plunging down a reactor shaft in “Star Wars: Episode I  The Phantom Menace.” It looked like he died then, but somehow, he managed to survive and even had his legs replaced with mechanical ones. According to the rumors, Maul was supposed to die in season 2, but the plan was changed somehow.

Will “Star Wars” fans finally see the last of Maul in the upcoming season?

Sources said that there was supposed to be a fight between Darth Vader and Maul, but it would not be happening in the upcoming run. Does this mean Maul gets to live past season 3 and fight Vader in a later season?

As previously reported, Grand Admiral Thrawn would act as the main villain in season 3. Series creator Dave Filoni already confirmed early this month that Vader will not appear this season so that the series could focus on Thrawn as a villain.

However, Thrawn may not be the only new villain. It is speculated by some that the giant named Bendu may also be a villain since he supports neither Jedi or Sith. Bendu is going to help Kanan channel the force in the upcoming season, so the giant being a potential villain may be a bit of a stretch.

All plot rumors are mere speculations as of the moment, so they should be taken with a grain of salt.

Season 3 is going to air on Saturday, Sept. 24 at 8:30 p.m. EDT on Disney XD. In the meantime, here’s a look at the trailer for the upcoming season.

Jana Duggar courtship will be highlight of 'Jill & Jessa: Counting...