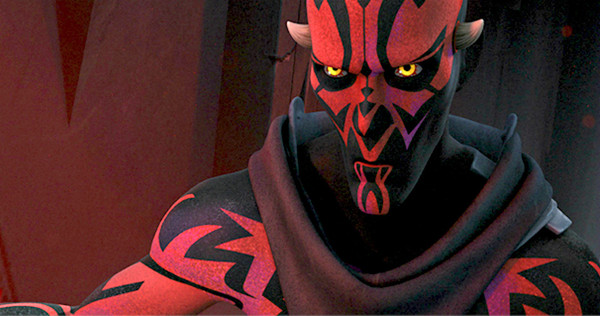 “Star Wars Rebels” will continue to tell the tale of the Ghost crew moving to its third chapter, which is scheduled to debut later this year. The re-introduction of Darth Maul in the mix will be a huge plot point coming into the new season.

Darth Maul’s comeback is definitely hinting at something big in terms of his story arc. The last time fans saw the Sith Lord on the big screen was when Obi-Wan Kenobi sliced him in half and pushed him down to a pit in “Star Wars: Episode I The Phantom Menace.”

“I think that that’s a particularly interesting thing. Maul obviously has been somehow keeping tabs on what’s going on in the galaxy and probably wishes he was more a part of it,” series creator Dave Filoni shared.

While not many knew that he somehow survived and was fitted with mechanical legs, Maul’s surprising comeback has a couple of motivations. One of  which, he later revealed, is to lure Ezra to being his apprentice instead of Kanan’s. This is after he was able to interact with Ezra alone where he started planting seeds of darkness in him. The young Padawan was obviously tempted to know more about the Dark Side of the force and as previously reported, this is not entirely impossible given Ezra’s history and  “Star Wars'” knack for turning good into evil. But while Ezra has stayed in the light for now, Maul lurking at the corners poses a huge threat to Kanan’s trainee.

“That’s another bit of wonderful story, which is: What has Maul been up to? How did Maul get on this desolate planet,” he pondered.

In a post-season finale discussion on Collider’s Jedi Council, Freddie Prince Jr., who voices Kanan in the animated series, revealed that Maul is somewhat a “cursed character.” He gets built up only to falter even before achieving his goal.

Interestingly, fans know that Maul is someone that has been crossed by both the Dark and the Light sides and as of now, his plans moving forward is still cloaked in secrecy. Filoni previously shared that what prompted him to bring back Maul is his desire to see him duel Darth Vader, who the Emperor replaced him with. It will be curious to find out how Maul will disrupt both sides of the Force now that he is back in the thick of things. Fans can expect to find out more regarding the Sith’s plans when the animated show comes back in the airwaves this fall.

'Married at First Sight' season 3: Neil and Sam open up...