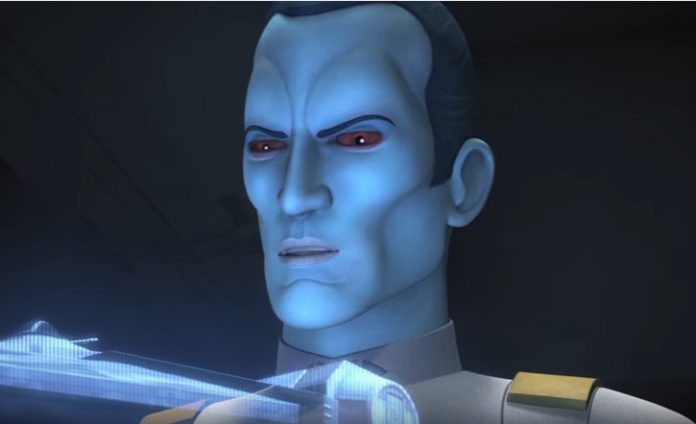 The third season of Lucasfilm Animation’s 3D CGI series, “Star Wars Rebels” will be taking a week’s breather and is slated to resume on Nov. 19. Albeit the short hiatus, its network, Disney XD has rolled out a preview of what fans can expect when the show resurfaces.

According to reports, the next episode dubbed “Iron Squadron” will feature Ezra and the rest the Ghost crew moving in to their new safe haven in the arid planet of Atollon. There, the team will let themselves recuperate and at the same time replenish their supplies and armaments as they devise another plan in launching another attack against the Empire.

Moreover, Ezra’s team will be forming an unlikely alliance with a group of space thugs known as the Iron Squadron by lending them a hand in disposing of some of the Empire’s elite soldiers.

Nevertheless, it is said that one the Empire’s brilliant naval tacticians, Grand Admiral Thrawn, will discover the advances of both parties and will, later on, plan a trap that would reel them in. With that said, the blue-skinned officer is set to sacrifice his very own ship to lure the protagonists and their newfound ally to finally put an end to their campaign against the Empire.

Fans are now betting as to whether Thrawn’s plan will be a success or not, and they will soon find out within a week.

Apart from these, the Mandalorians’ side story is also slated to continue this season as it was noted that the warrior race has constantly dragged down Ezra and his team in their efforts to put an end to the Imperial rule of Darth Vader.