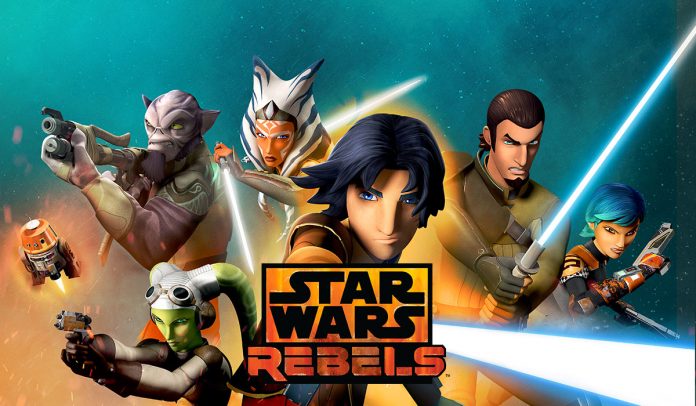 Now, this is not the first time Star Wars fans have heard of the name Thrawn, especially fans of the Star Wars Expanded Universe (EU), or Star Wars Legends as they call it now.

The character was actually introduced back in 1991 as an Imperial military commander in Timothy Zahn’s novel “Heir to the Empire.” Thrawn would appear in several more “Star Wars” novels, as well as video games including the award winning “Star Wars: TIE Fighter.” After Disney acquired Lucasfilm, they decided to retcon the entire Star Wars EU catalog and declared it non-canon. Disney did this so that they could start fresh in preparation for the sequel trilogy. One of those affected by Disney’s retcon was Thrawn.

Fans have long wondered if they have seen the last of Thrawn in the Star Wars universe. The introduction of the popular character on “Star Wars Rebels” would certainly get people to start asking if Disney has any more plans to introduce other popular characters that were declared non-canon a few years ago.

Bendu, another new character, is set to debut this season. However, it is still not known if the character will be in the premiere episode.

Thrawn is voiced by Lars Mikkelsen, while Bendu will be taken on by Tom Baker.

The third season of “Star Wars Rebels” will continue to follow the journey of Ezra Bridger and the rest of Ghost’s crew as they take the battle to the doorstep of the evil Galactic Empire. Darth Maul will also be making an appearance this season, so there is a lot to look forward to.

While waiting for the premiere of season 3, viewers can also check out “Star Wars Rebels” season 2, which will be available on Blu-ray and DVD starting Aug. 30.