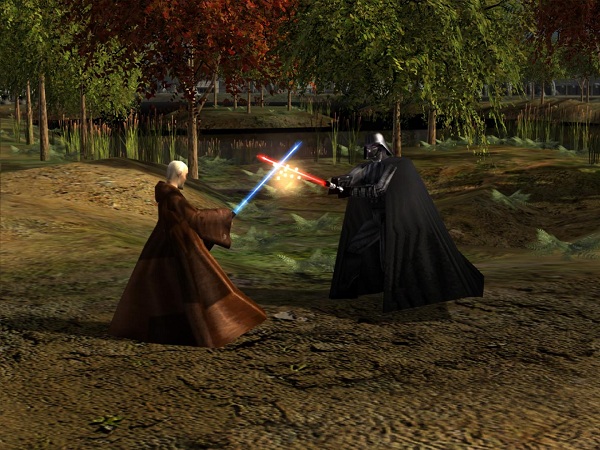 Online video game retailer Humble Bundle is bringing back its “Star Wars” offering. The deal is a mixed bag of classics and some other titles.

The latest Humble Bundle offering allows fans of the “Star Wars” franchise to name the price of the games included in the deal. Humble Bundle says the total cost for these games would reach up to $111, but for a limited time, the retailer is offering players the chance to grab “Star Wars” titles for a price they choose.

All these games are available on Steam. However, a few titles are also available on other platforms. For instance “Star Wars Knights of the Old Republic II – The Sith Lords” can also be played on Windows, Mac, and Linux.

By taking advantage of the “Star Wars” Humble Bundle 2, gamers will not only rake in savings but if they so decide, can also donate their payment to the U.S. Fund for UNICEF through PayPal Giving Fund. Otherwise, payment will go to Disney Interactive.

As of press time, more than 70,000 bundles have already been sold. Total payments have amounted to about half a million, with average purchases on all platforms not exceeding $10. Those interested only have less than two weeks remaining to take advantage of the “Star Wars” Humble Bundle 2 promotion.