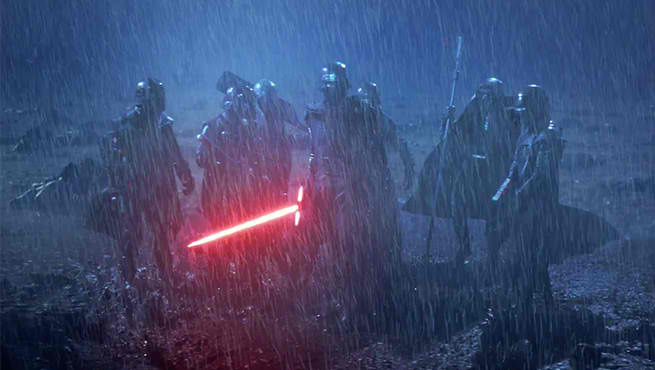 A new rumor claimed to have unmasked information regarding the plot of the upcoming and highly anticipated sequel film “Star Wars Episode VIII.” The alleged plot involves a major fight sequence between the duo of Reyplayed by award-winning actress Daisy Ridleyand the returning Luke Sywalker, with Mark Hamill coming back to play the character, and the group of the villain Kylo Ren.

According to the fan site Makingstarwars.net, the plot for the sequel film will have the Knights of Ren have more involvement than the previous film, “The Force Awakens.” The Knights of Ren is a group of seven fighters who fight alongside Kylo Ren in his search for Luke Skywalker and Rey. These characters have allegedly been spotted to be in full costume on location at Malin Head in Ireland.

Now, according to the tip, Kylo Ren seemed to have followed the trail to Luke Skywalker to the planet Achch-To, as a battle between the legendary Jedi and Rey and Kylo Ren’s group will take place on the planet.

As described in the spoiler report, the alleged sequence will take place in the following manner:

“Luke Skywalker and Rey are on Ahch-To just before nightfall as the sun sets in the background and it starts to rain. Rey’s hair is pulled back, and she doesn’t have the vest from ‘VII’ on. Luke and Rey are wearing the costumes we described before. Kylo Ren and the Knights of Ren turn up along the coast. Kylo Ren continues advancing towards the heroes with the Knights of Ren. Kylo does not wear the mask here, but has the same cross guard saber as he did in VII, along with the same costume.”

In the fight, Kylo Ren focuses on Rey, as he is focused on revenge on her because of disgracing him in their recent fight. Meanwhile, the seven Knights of Ren will take on Luke himself. In the end, it appears that Luke will overpower the entire team, with Rey ending up to be lost.

In other news, rumor has it that the title for the upcoming film has been revealed way ahead of a planned official announcement. In a promotional video, a poster for the Star Wars Celebration Europe 2016 revealed a tagline with it”Star Wars: Fall of The Resistance.” The mentioned Star Wars Celebration Europe 2016 event is a convention that will take place in London in July, and focuses on major announcement of upcoming projects related to the long running iconic franchise.

'One Piece' chapter 843 release date, spoilers: Can Luffy and Nami...