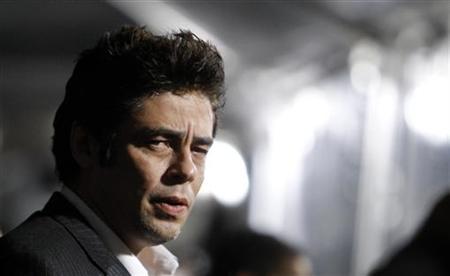 “Star Wars: The Force Awakens” has not hit the theaters yet but the anticipation for more sequels in the successful franchise is already building up. Oscar Award-winning actor Benicio del Toro hints that he will be part of the follow-up and yet to be titled movie, “Star Wars: Episode VIII.”

Talking to Spanish radio station RAC1, when asked if he will participate in any installment, “Star Wars is coming up, we will see how that turns out. I think we start shooting in March. …. They don’t let me talk too much about it. I’m like the villain. … But we’ll see.”

Screen Rant notes that it is interesting how his seemingly ambiguous statement plays in the battle between First Order and the Resistance. The report speculates that he may appear as a bounty hunter given that both previous trilogies traditionally introduced the character on their respective second films.

Reportedly under pre-productions, Disney and Lucasfilm have recruited Rian Johnson to take the helm. Aside from del Toro’s antagonist role, the studios are also said to be looking for a female lead.

The Wrap reports that currently on the top of the list are Gina Rodriguez from “Jane the Virgin,” Tatiana Maslany from “Orphan Black” and Olivia Cooke from “Me and Earl and the Dying Girl.” Insiders told the news outlet that Johnson is still holding auditions for other possible female stars.

Disney has not issued any official statement regarding the rumor.

Episode VIII is slated to air on May 26, 2017, to be followed by Han Solo Star Wars anthology film on May 25, 2018. Johnson will also direct and pen the script for the conclusion of the new trilogy, “Star Wars: Episode IX” which is expected to come out sometime in 2019.

‘The Biggest Loser’ host Bob Harper opens up about his heart...