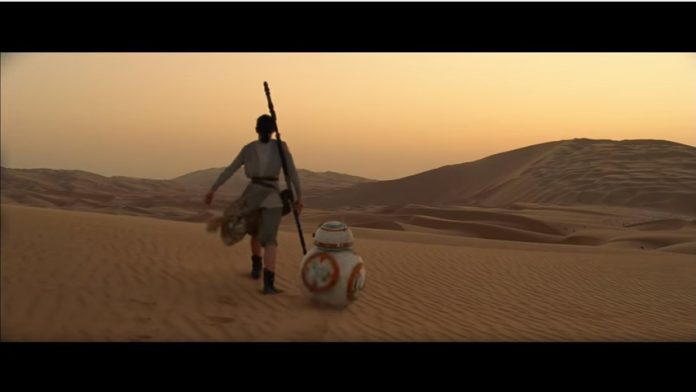 Ever since the Rey (Daisy Ridley) appeared in 2015’s blockbuster film, “Star Wars: The Force Awakens,” fans of the mythos have been wondering who the scavenger’s parents are.

It’s reasonable enough for Ridley to remain mum about the follow-up to last year’s monster hit since its release is still way off. However, the actress hinted that the question regarding her lineage will be answered as soon as “Episode 8” is released.

Moreover, Ridley may have also debunked fan theories that have been making rounds recently, specifically the one that suggests that she is related to Jyn Erso (Felicity Jones), the main character in the spin-off film, “Rogue One: A Star Wars Story.”

In a recent interview with Vulture, the actress was asked about Rey’s lineage in the film as well as the aforementioned speculations between Jyn and her character. Ridley blurted out a logical explanation and said that if one were to follow the “Star Wars” timeline, Jyn would be old enough to be her grandmother if such speculations were indeed true.

When the actress was asked whether she could be related to Obi-Wan Kenobi (Alec Guinness/Ewan McGregor) instead, Ridley neither admitted nor denied the speculation. She went on to say that fans will just have to wait until the next installment arrives.

Meanwhile, it was noted that there’s a big possibility that Rey may well seem to be on her way to becoming a Jedi, which was seemingly implied in “The Force Awakens.” Furthermore, during the final scenes of the film, Rey headed towards the planet where Luke Skywalker (Mark Hamill) hid. Given these scenes, most of the fandom speculates that the former may seek guidance from the latter in learning how to use the Force.