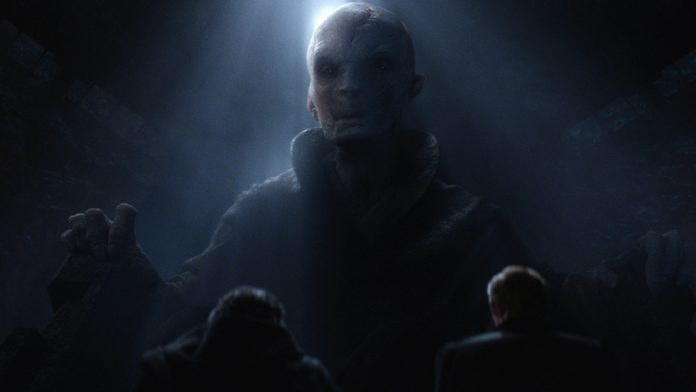 A lot can be speculated on regarding next year’s “Star Wars: Episode VIII,” if not everything. This is the reason why there are brand-new theories popping up almost every single day. It has been said that part of the fun in being a “Star Wars” fan is the endless speculation. Whether it is about Daisy Ridley’s brand-new heroine, Rey, Mark Hamill’s seasoned Jedi, Luke Skywalker, or Andy Serkis’ controversial motion-capture character, Snoke, fans always find a way to come up with new stories. More recently a fascinating hypothesis made its way to the internet detailing the identity of the Supreme Leader of the First Order.

An article on Scified cited a fan theory suggesting that Snoke is none other than Samuel L. Jackson’s Mace Windu from the original trilogy. The report is pretty detailed and presented in a fascinating way which is why a lot of followers have been easily hooked on it. In the report’s defense, unlike the death of fellow Jedi Order members like Liam Neeson’s Qui-Gon Jinn and Frank Oz’s Yoda, Windu’s death was not really confirmed. Backed up by Jackson’s adamant statements that he does not think that his character really died, the argument has some ground to it.

Supplementing the angle of Windu transforming to Snoke is that John Boyega’s Finn is actually his son. Coinciding it with “Star Wars: Episode VII The Force Awakens,” the article argues that the awakening is more for the former Stormtrooper than that of Rey’s as originally perceived.

A lot of cylinders have been covered by the theory but it is not impervious to loopholes. First of all, why would Lucasfilm need to acquire the services of Serkis for the role when Jackson seems to still be open to coming back to the franchise? If it is nothing but a decoy of sorts, Collider’s Jedi Council calls it a cheap trick to confuse everyone and chances are low that the company will go to such lengths.

Furthermore, the “Pulp Fiction” actor is currently under contract with Marvel which is also under Disney which makes a work-around his schedule easy to map out. In fact, Serkis is also under similar circumstances with him taking on the role of Ulysses Klaw in “Avengers: Age of Ultron” and possibly making a reappearance in Chadwick Boseman’s forthcoming “Black Panther.”

Timeline-wise, Finn being Snoke’s son, should the former theory not come to fruition is also worth discussing. If Windu did have a son in the original trilogy, he should already be somewhere near Luke’s age and Finn is just nowhere that. Also, why would Snoke have to seduce Adam Driver’s Kylo Ren to the dark side as his right-hand man if he had a son of his own that he can train?

Prior to this claim, there was clamor that Snoke is the reawakening of Darth Plagueis, Darth Sidious’ (Ian McDiarmid) previous master whom he betrayed and eventually killed. Mining from McDiarmid’s explanation to Hayden Christensen’s Anakin, his former master is able to bring people back from the dead which could be how the mysterious Sith will come back. Unfortunately, lore extraordinaire Pablo Hidalgo has effectively shut down rumors via a tweet.

More official information regarding Snoke is expected to come with the release of the yet to be titled movie but there is a chance that the reveal will not happen until “Episode IX.”