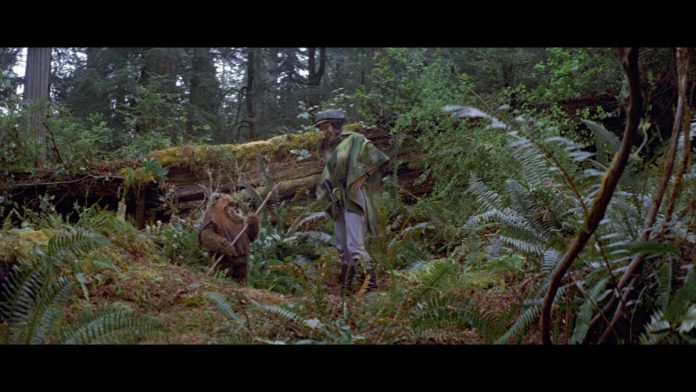 Another “Star Wars” veteran has joined the cast of “Star Wars: Episode VIII,” but most viewers would not recognize him. That’s because he was always in costume when he portrayed Wicket the Ewok in “Star Wars: Return of the Jedi.”

In an interview with news.com.au, Warwick Davis confirmed he would be appearing in the upcoming film, however, he refused to reveal his role. He went on to talk about what to expect when “Star Wars: Episode VIII” hits the theaters and he also shared a juicy tidbit of information regarding the ending of the film.

“There were some wonderful moments, some moving moments and it [‘Episode VII The Force Awakens’] was full of all the action that we expect, so for me it ticked all the boxes, I loved it. And I think it sets up the trilogy very well. Obviously we’re moving into the territory of ‘Episode VIII’ very soon as well, and much like ‘Empire Strikes Back’ I’m sure it’s going to deliver some quite impactful story moments, and it’ll leave us with some cliffhangers as well which resolve in ‘Episode IX.'”

It appears the upcoming film is going to end with a cliffhanger just like “Star Wars: The Empire Strikes Back.” That’s something to look forward to.

A few weeks ago, actor Adam Driver, who plays Kylo Ren, told Collider that “Star Wars: Episode VIII” reminded him of “The Empire Strikes Back.” Unfortunately, that statement caused a lot of misunderstanding, especially with fans who thought the new movie was going to be dark.

In a recent interview with Vanity Fair, Driver clarified that he did not say the two movies have similar tones. He actually meant to say there was a shift in tone between the upcoming movie and “Star Wars: The Force Awakens.”

“I was using it as an example, so poor example,” Driver said.

Kobe Bryant on Oscar win: ‘Better than winning the championship’