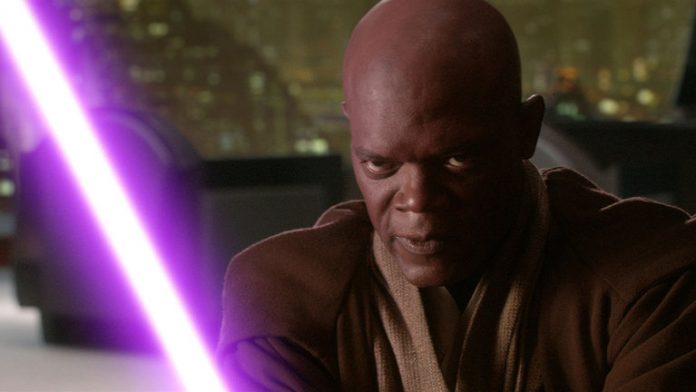 A couple of weeks ago, a particular theory regarding the touted master puppeteer for the new “Star Wars” trilogy , Supreme Leader Snoke (Andy Serkis), rocked the franchise community. In a very well put together theory, a fan claims that the character is actually none other than Mace Windu. On top of some well-pointed plot possibilities, the author of the speculation also noted Samuel L. Jackson’s previous comments about his character not yet dying.

Fans of the lore know that the Jedi master had been killed by the Emperor (Ian McDiarmid) back in “Star Wars: Episode 3 Revenge of the Sith.” And while the said theory gives a blow-by-blow counter for the matter, it is still quite a stretch to believe the claim. More recently, Jackson came forward and talked about the very controversial speculation effectively dousing the fire with water.

“I’m not a part of that rumor or theory,” Jackson told Entertainment Tonight when the media outlet caught up with him during the recent British Academy Britannia Awards. “I would like for Mace Windu to just be Mace Windu. I’m of the idea that Jedi can fall from enormous heights and still survive. The fact that he cut his hand off is not a big deal [either]. There are a lot of one-handed Jedi or Jedi with robotic or enhanced hands in that world. So hopefully I can be one of them.”

It is safe to say that at this point, the real persona behind that humongous hologram that is Snoke is still kept tightly under wraps among the top people at Lucasfilm and Disney. Nevertheless, that has not stopped fans from conjuring their own theories regarding almost everything that was introduced or transpired in last year’s “Star Wars: Episode VII The Force Awakens.”

That being said, the latest news supposedly coming out from the set of the next episodic film in the franchise, “Star Wars: Episode VIII,” is that Luke Skywalker (Mark Hamill) will be sporting an entirely different look in his upcoming adventure with Rey (Daisy Ridley). In a report by the usually reliable Making Star Wars website, it was noted that instead of the white robe he was wearing in “The Force Awakens,” he will be donning a darker outfit similar to his look in “Star Wars: Episode VI Return of the Jedi.”

Obviously, a plethora of speculations has sprouted because of this alleged leak. And truthfully, given how the “Star Wars” franchise has been notorious in pulling off jaw-dropping plot reveals, Luke’s new aesthetics can both mean something or nothing. Folks over at Jedi Council point out a very good angle in this development with the young Skywalker not really a hard-core follower of the Jedi ways. However, that does not mean that he went as far as going overboard and turning full-on Sith.