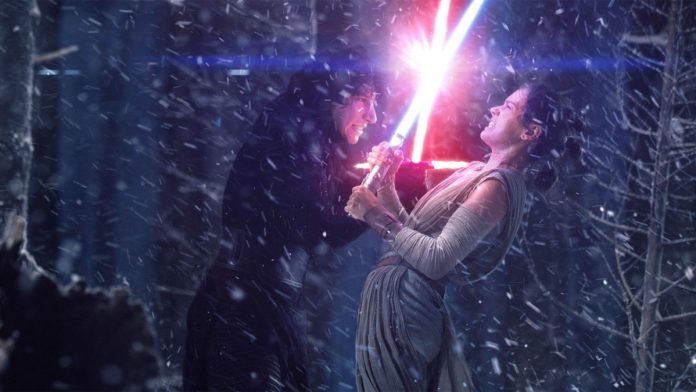 In a new bonus commentary featuring the filmmaker for the upcoming “The Force Awakens” 3D Collector’s Edition, Abrams delved a bit on what could be the real score between Kylo Ren and Rey. It can be remembered that since the latest “Star Wars” film arrived in theaters last year, there have been a lot of questions regarding the two’s past and whether they have had an encounter prior to the one in Takodana. The director shared that the new hero and antihero in the contemporary “Star Wars” setting have, in fact, never met.

“One of the new relationships that we were focusing on was between Kylo Ren and Rey. They’ve never met but he’s heard of this girl. And so, now comes a moment when their meeting is inevitable. […] And now we’re back to our heroine. And this moment where she is about to, for the first time, be confronted by Kylo Ren, a character who she’s going to have a very interesting relationship with moving forward,” he explained (via Star Wars News Net).

Needless to say, this new information is definitely a game changer not just with regard to rumors involving the eventual relationship between Kylo Ren and Rey but about them individually as well. As pointed out by folks over at Jedi Council, this revelation can point out a lot of new things leading to brand-new questions especially about Rey.

Piecing together what is currently known in the movies as well as in the books, it is possible that the scavenger is from a lineage entirely different from the Skywalkers and the Solos. But given her innate sensitivity to the Force resulting in being more powerful, she could be a centripetal force in the galaxy.

Going back to Abrams’ reveal that Kylo Ren has heard of “this girl,” it is important to note that Supreme Leader Snoke (Andy Serkis) appeared to be unaware of her existence. Meaning, Kylo Ren may have learned about her during the days when he was still with Luke Skywalker (Mark Hamill). After all, it has not been that long since he turned against his old Jedi master. Should this be the case, it coincides with theories that while Rey may not be Luke’s daughter, he has prior links to her before she was dumped in Jakku.

In retrospect, Abrams’ comment that Kylo Ren and Rey have “never met” could mean a multitude of things. It could be that they have never been formally introduced but had run-ins in the past. After all, Kylo Ren was pretty prominent in Rey’s vision. However, this could also just be the usual case of reading too much into statements and it is possible that it is exactly as he said. What is interesting is that Abrams came forward with this nugget meaning that there is something about it that will play a huge part in the movies to come.

Fans will continue to learn more about Kylo Ren, Rey and the rest of the Resistance and First Order when Rian Johnson’s yet to be titled “Star Wars: Episode VIII” hits theaters on Dec. 15, 2017.

The Simpsons rumored to end after season 30: Showrunner says he...