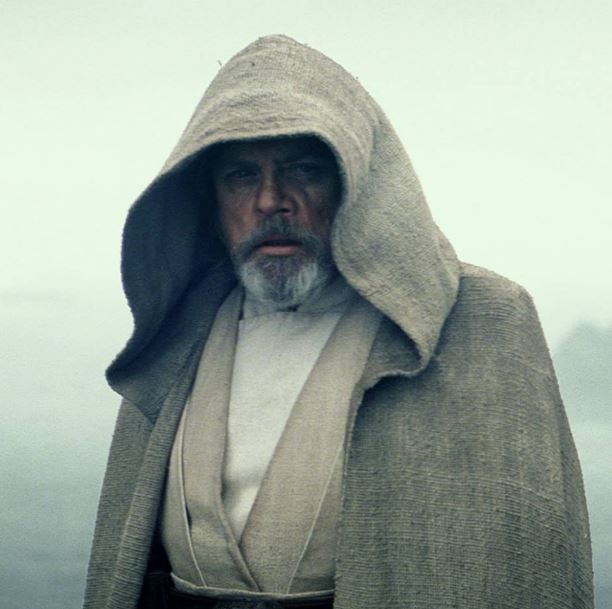 Luke Skywalker is considered the heart of the original “Star Wars” trilogy, and while fans only got a glimpse of Mark Hamill’s character in 2015’s “The Force Awakens,” it was reported that Luke will be back in “Star Wars: Episode 8” as he is said to train Rey (Daisy Ridley) in the Jedi arts.

In the final moments of “The Force Awakens,” Rey was able to find Luke on the planet Ahch-To, where he has been living in hermit-like conditions. Now, new reports appear to confirm that the Jedi master is going to train Rey in the upcoming film as details about Luke’s costume have been revealed.

Making Star Wars got artist Nicholas A. Diak, known as Lumberjack Nick on Twitter, to do an accurate representation of Luke’s costume for “Episode 8,” and the depiction is said to be from a training sequence where Rey is frustrated by the Jedi’s teachings. Diak drew a gray-haired Luke wearing a black tunic, pants, boots, and cloak. The character also seems to have his robotic hand, which he got in “Return of the Jedi” after Darth Vader (voiced by James Earl Jones) cut off his hand during a lightsaber battle. Luke does not have a lightsaber but appears to be holding a staff or a piece of metal. According to the website, this is what Luke’s costume looks like during the rainy sequences between the Jedi and Rey.

The site adds that in the upcoming film, Luke’s costume is filthy as he is living just like Yoda did on Dagobah and the costume gets filthier over time. It was noted that Luke doesn’t seem to have a belt where he can place a lightsaber. It will be interesting to see Luke fight without a lightsaber, and how much Rey will improve after her training with the Jedi.

'Shadowhunters' season 2 spoilers: Clary to look for Jace in upcoming...